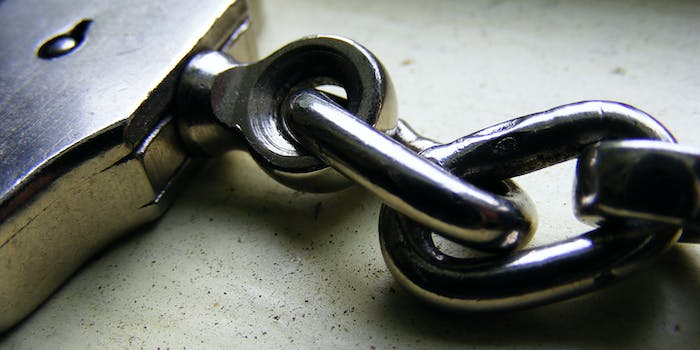 He apparently couldn't wait until she put it on YouTube.

A Florida police officer stands accused of breaking a high school girl’s arm after she wouldn’t hand him her smartphone.

According to a police report obtained by the Broward Palm Beach Times, Greenacres Police Officer Jared Nash believed that a 14-year-old student at John I. Leonard High School’s phone had a video of classmates fighting. She was on the phone with her mother and ignored Nash’s requests for the phone, Nash wrote in his report, and when she moved to push him away as she tried to walk past, he attempted to both wrestle her phone away and handcuff her.

The Supreme Court has ruled that it’s illegal for police to search an American’s phone without a warrant.

The girl’s father told the anti-police corruption blog Davy V that Nash broke his daughter’s arm in the process, and provided X-Rays as proof.

An internal affairs officer at Nash’s precinct confirmed that they were investigating the arrest. While he wouldn’t confirm the girl’s arm was broken, he asked the Times, “You saw the pictures on the Internet, didn’t you?”