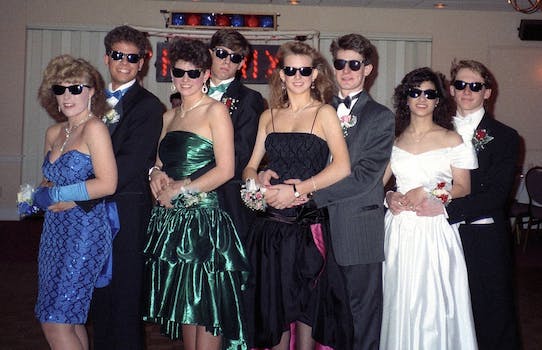 It seems no one here thought this was a bad idea.

Not everyone celebrates prom season the same way. But these Colorado high school students who posed for their photos with rifles and the Confederate flag might be the most tasteless celebrants we’ve ever seen.

Already tweeted this but it really needs to be addressed how messed up this picture is. pic.twitter.com/Xa9lWd4fWa

Apparently the days of simply hugging or kissing in prom pics are over. Here we see two girls holding rifles and others using their hands to mimic guns.

But just how is it possible that all eight of these kids thought this was a good idea?

“When he got out there he was surprised that guns were brought out and the Confederate flag was brought out,” a mother of one of the students in the picture told FOX31 Denver, referring to her son. “There were other parents there fully supporting it and taking pictures.”

As the pictures circulated through social media, local and national broadcast networks picked up the story, leading the Douglas County School System to schedule a meeting with the students, parents, and school officials.

After seeing her prom picture circulate through the web, one of the high school girls in the picture spoke out.

“It’s hard to say sorry when that’s the only thing that can come out of my mouth right now,” the student told FOX31 Denver. “I feel like there should be a better word for it.”

"I'm sorry," says one girl who posed with #Confederate flag in this Parker #prom photo. Her story, on @KDVR at 9pm. pic.twitter.com/uevxR6JWN1

Photo via Peter Dutton/Flickr (CC BY 2.0)