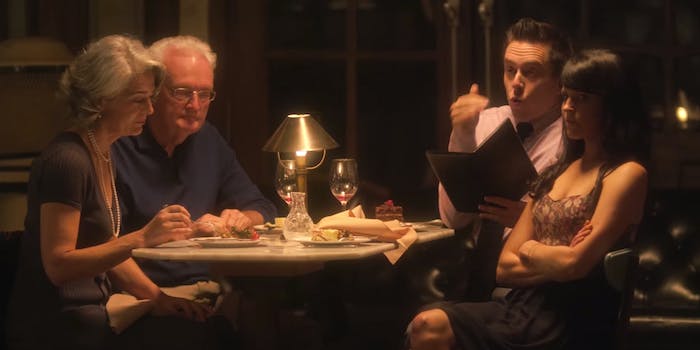 Why America should ban tipping, in one hilarious video

It's bad for everybody.

When you eat out in the U.S., tipping your server is just customary. But that doesn’t mean everyone does it. A bad tip, whether you’re low on funds, cheap, or just a jerk, hurts the server who is often paid below minimum wage, bolstered by the generosity of diners. But we didn’t always tip waiters for service. As College Humor explains in the video below, the custom of tipping is primarily the fault of restaurant owners.

Problem is, being a good server does not guarantee bigger tips. It’s all arbitrary, as College Humor’s Adam Conover is wont to remind us while we try to calculate the tips in our heads.

Fortunately for those of you in the anti-tipping camp, some restaurants have already opted to ban tipping altogether in favor of giving their wait staff a better hourly wage. Hey, it’s a start.