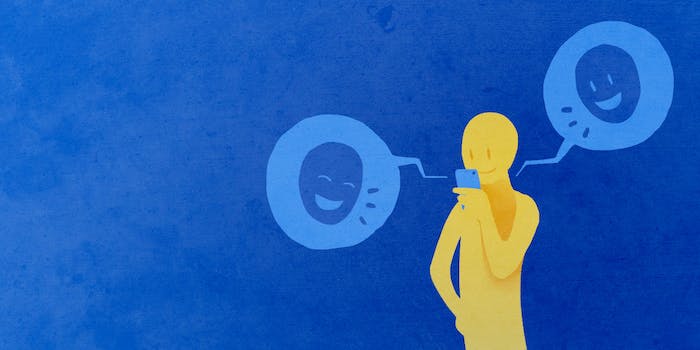 An app called Cliq hopes to be a new solution for an old problem.

Back in the far reaches of 2010, if you wanted to make a friend, you had to seek them out—and often to much effort. This is what Rachel Bertsche did when she moved to Chicago from New York City as a young 20-something. She had lost her circle of friends, and suddenly there was no one to call for a last-minute brunch, or to meet for drinks after a grueling day at work.

She tried everything from websites, to classifieds, to picking up friends at bars. Her search for friendship eventually drove her to write the book MWF Seeks BFF, in which she discusses the positive impact friendship has on our lives.

Bertsche’s story is a common narrative of our early 20s: Friendless and sometimes jobless, we seek connection and intimacy in new ways, but aren’t sure how to get there.

The challenges haven’t necessarily changed in 2016, but the technology has. “There was a time when being on a dating app was embarrassing, but now I can barely remember that time,” she told the Daily Dot over email. “I think friendship is the same way. At first, admitting you needed help meeting friends seemed shameful, but as our lives get more and more digitally driven, it seems logical that we would entrust more and more of our relationship-building to technology.”

In the five years since Bertsche’s book was published, a slew of friendship apps have hit the market. Apps like VINA, Meetup, Supper Club, Meet My Dog, Bumble BFF, and City Socializer are all designed to help you meet your new best friend.

And now there is Cliq. The app works on an individual or a group level. When you login, it suggests people who live nearby to connect with. You can then add a group of friends if you like, and search out other groups of friends to hang with. Or you could just look for buds solo. The app also suggests activities in your area, and offers a group-chat function for planning get-togethers. 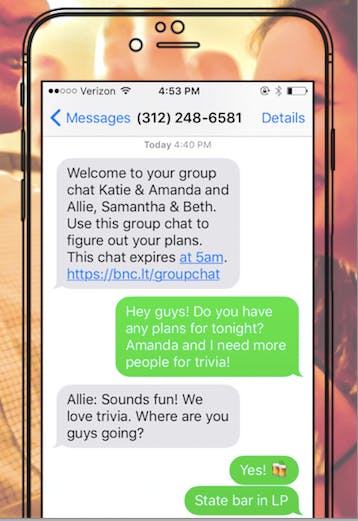 Founder Nick Wieczorek told the Daily Dot that since the app launched in November 2015, he’s heard from people who have used Cliq to successfully expand their social groups. “It’s not a dating app,” Wieczorek stresses, “but we see a lot of groups of guys and groups of girls using the app to meet one another.”

The app is now available in Chicago, San Francisco, New York City, Los Angeles, and Austin. But people can use the app in their own city, too—all you have to do is sign up and encourage other people in your city to do the same. “I see a lot of small pockets of people using Cliq in their towns,” said Wieczorek, which speaks to the number of people in the market for buddies, platonic or not.

Wieczorek attributes the rise of friendship apps like his to an increased sense of isolation as a result of Facebook and social media. “It’s one of the pillars of life, being connected,” he said. And with more of us in front of our computers and phones—either working, screwing around, or “socializing”—we’ve forgotten how to go out, converse, and actually hang out with real, breathing, blinking humans.

But Wieczorek argues that if social media has gotten us into the friendship problem, it could also lead us out of it. Increasingly, younger generations are using the internet and social media as a way to find new friends. A 2015 Pew Study found that 57 percent of teens have met a new friend online and they most commonly meet on Facebook or Instagram. And the older the teen, the more likely they are to find friends online.

No matter what the approach, people have, and always will, seek out companionship. “Friendships aren’t a luxury—they’re like sunshine or air,” Briallen Hopper, author of a forthcoming book of essays on female friendships, Hard to Love, told the Daily Dot via email. “It’s so soul-restoring to have friends who can be a reality check, activate your empathy, listen to you, take care of you, encourage you, surprise you, and fill your life with silliness and ritual and generosity and fun. It’s restorative to be able to do all this for them as well.”

Hopper notes that she’s met a lot of friends online through Etsy, Facebook, and Twitter. But, unlike Wieczorek, she’s skeptical that the internet is the solution. “I don’t know if the internet is a permanent cure for loneliness,” Hopper explains, “but it can definitely help ease the symptoms.”

And easing the pangs of loneliness is exactly what Wiezorek aims to do. While technology has long-focused on the need for friends (Meetup has been around since 2002), Wiezorek believes that the entire industry needs a refresh—which includes emphasis on real-time group interaction, which will lead to IRL connections.

“We’re raised to believe you should just have friends,” said Bertsche. “So, if you are looking for new friends, people worry it sends a message that you don’t have any.”

“Planning something makes things less cool,” said Wieczorek. “Our app makes things less artificial and more natural.” The app suggests people near you as potential friends and you can view their pictures and see their friends. The app also has a Snapchat like quality, in that texts disappear the next day. Cliq also recommends outings and offers perks like free concert tickets or free drinks.

But Cliq isn’t focused on making best friends that will last forever. “We just want to focus on connection,” Wiezorek said.

In other words, it’s like being on social media, or any other dating app, where you can jump from one connection to another, unbound, unhindered. Except with Cliq, you can bring the friends you care about with you as you hop around.

So is this really a step forward then? Making friends, with or without technology, is a skill that we all need to learn, according to Bertsche. “We’re raised to believe you should just have friends, and that it should happen organically,” she said. “So, if you are looking for new friends, people worry it sends a message that you don’t have friends.”

In the end, Bertsche said she made a couple of friends blogging after moving to Chicago. She is a writer in the digital age, after all. And if she ever finds her friend circle shrinking again, she might try an app or connecting with online friends, but she’s more likely to go the old-fashioned route—plain, ol’ IRL conversations.