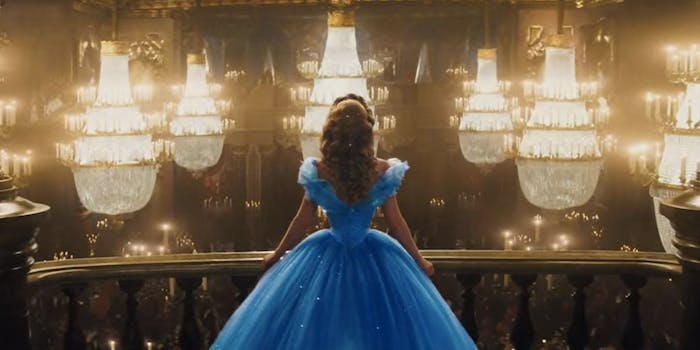 In response to criticism, actor Lily James said, "I’m so healthy. I’ve got hips and boobs and a bum and a small waist.”

Last month, the trailer for the upcoming live action reboot of Cinderella was the target of intense criticism on social media. Many pointed out that the waist of star Lily James appeared to have been digitally altered to look nearly non-existent in the trailer.

But in an interview with the Los Angeles Times, James denied that her body had been altered by any CGI voodoo, telling reporters that her waist is just, well, naturally tiny. 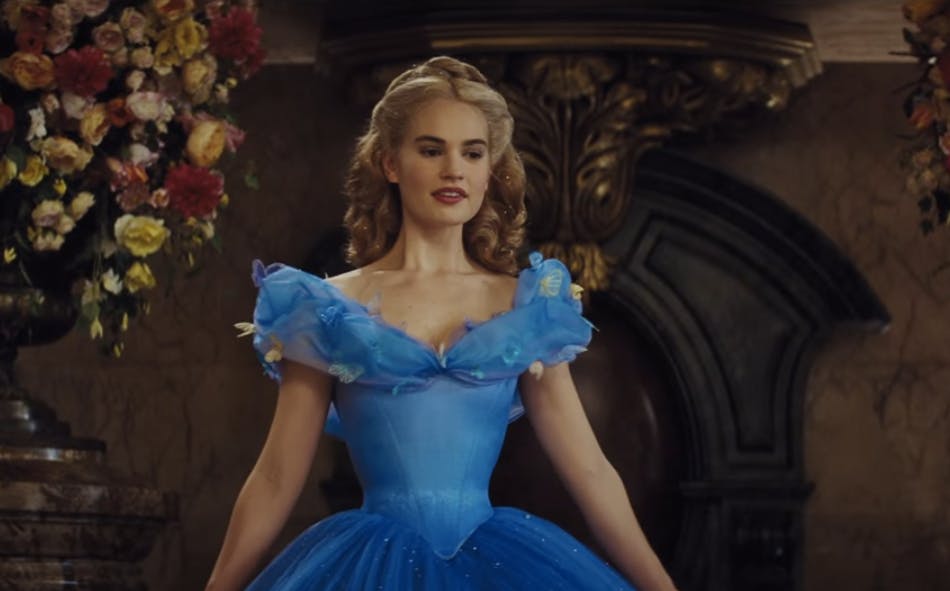 “I naturally have a really small waist,” James, 25, told the Times. “The skirt’s big and the corset pulls me in, and that’s the point. That’s the shape [costume designer] Sandy Powell created.”

“To all the airbrush conspiracy theorists I can answer now: no,” he said. “I can’t remember anybody during that ball sequence [where Cinderella first meets Prince Charming], who went up next to her and didn’t say ‘Oh my god!’ Then they’d look round the other side.”

Branagh also says he frequently checked in with James on set to see if she was maintaining a healthy diet: “I was constantly saying ‘You are eating, aren’t you, Lily? Let’s get Lily some soup please!'” Perhaps he’s implying that he kept James on an all-liquid diet? 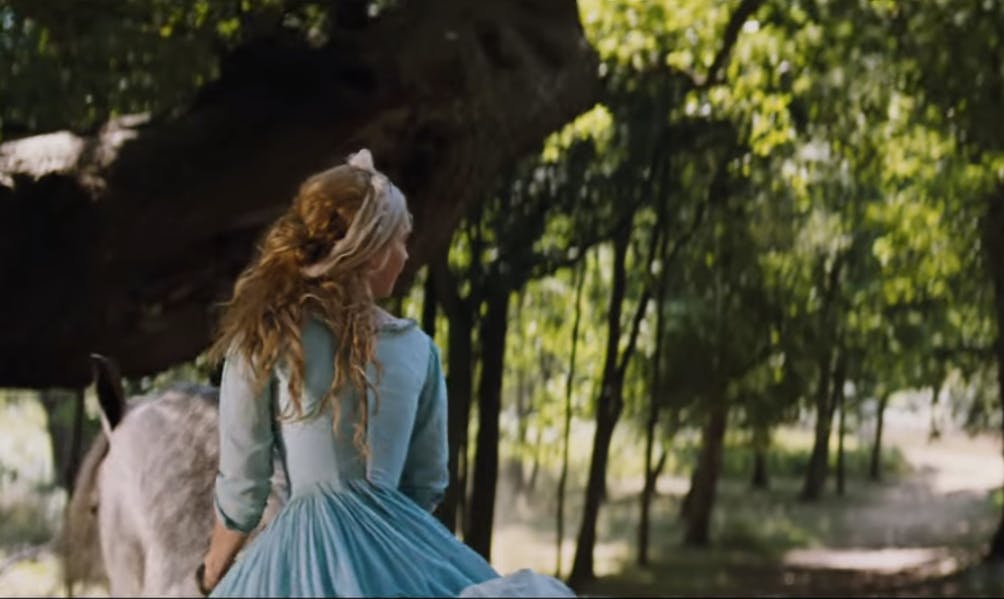 James, for her part, is just concerned that this controversy is detracting from the important message of the film, whatever that might be.

“I think it’s all very hypocritical, and they contradict themselves, and they’re drawing more attention to it,” she told the Times. “I think all that stuff’s so negative, and you’ve got to let it wash over your head. I’m so healthy. I’ve got hips and boobs and a bum and a small waist.”

Even if we choose to take James and Branagh at their word and believe that she was not airbrushed, her proportions aren’t exactly sending a positive message to the little girls in Cinderella‘s target audience.

It’s one thing for a mother to explain to her daughter that the wasp-waisted Disney princesses are cartoons, and that real people don’t actually look like that. But it’s another thing to try explaining to an overweight 8-year-old that if you work real hard and eat enough soup, you too can look like Princess Lily. 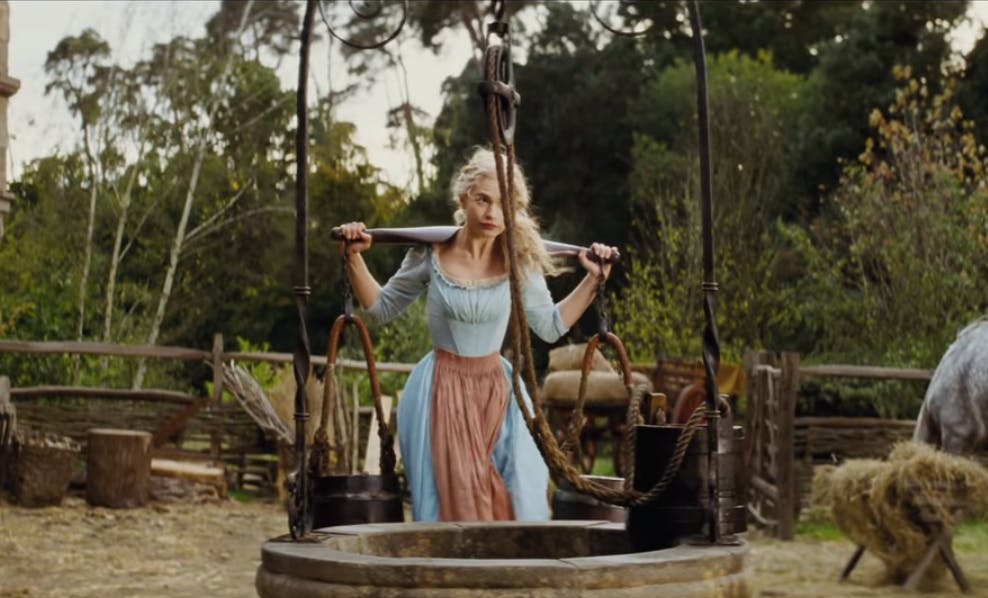 It doesn’t help much that James herself told reporters that the corset—which she admitted she had to “squeeze within an inch of [her] life” to get into—made her feel positively regal.

“I think it’s a beautiful gown with a beautiful shape,” she said. “I love the curves. I think it’s very old and 40s, the way it goes in and out. It’s what made me feel like I could be a princess.”

And therein lies the problem. By making statements like these, James is essentially telling younger fans that being a princess has nothing to do with being smart or kind or even powerful. Instead, she’s saying that the only way girls can become princesses is if they make their internal organs cry.