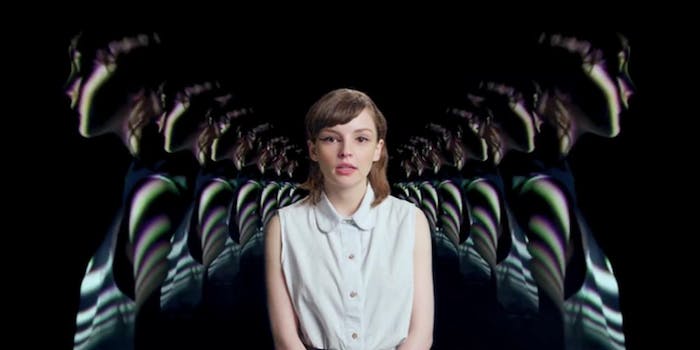 “Women are spoken to like this every day, and not just those deemed to be in the public eye.”

In the past year, Scottish synth-pop trio Chvrches landed a label deal and toured internationally. With that raised profile came more attention, especially for the band’s singer, Lauren Mayberry. Yesterday, she wrote an op-ed for the Guardian, in which she details the misogyny and sexual harassment she’s experienced online.

“I am in a band that was born on the Internet,” she begins, charting the rise of Chvrches from music blogs to national touring act. Mayberry, who holds a four-year law degree and a Masters in journalism, says social media and blogs are “key reasons anyone knows about us at all – labels, media and members of the public included.”

This screengrab from Chvrches’ Facebook page, posted in late September, is one example of boundary-crossing, minimizing Mayberry’s role in the band as just “cute singer.” 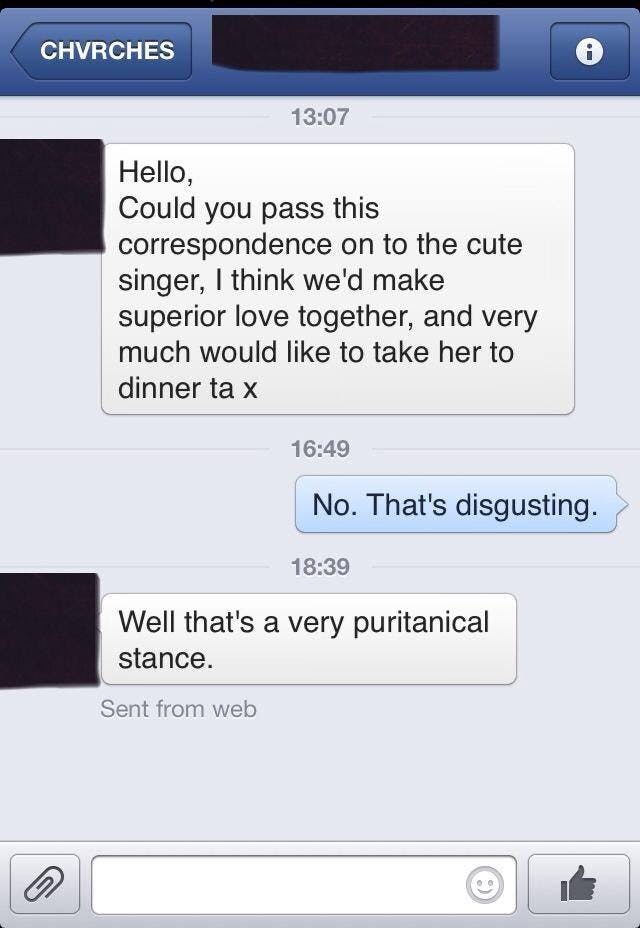 She goes on to cite the less friendly comments that followed the post:

“It’s just one of those things you’ll need to learn to deal with. If you’re easily offended, then maybe the music industry isn’t for you”

Sadly, these types of responses aren’t surprising. They’re the same comments aimed at women in gaming and comedy. Mayberry bucks at the idea that she, and other women, should just “deal” with online harassment, and adds that she personally reads every email, every Facebook message, in order to keep in touch with their fans. She says men viewing her as an object, as just the “girl singer,” is part of the problem in this exchange:

“But maybe it’s the personal side to online interaction that these men fail to grasp. It seems almost too obvious to ask, “Would you condone this behaviour if it was directed at your mother/sister/daughter/wife/girlfriend?” but maybe going back to basics is what the trolls or 4chan addicts need. To learn a little empathy. To have a little respect for other people. To think before they speak.”

Many of the comments below the Guardian piece are, unsurprisingly, just as sexist as those on their Facebook post, which again proves the  comments on any piece about feminism always end up justifying feminism. As Mayberry says, “Women are spoken to like this every day, and not just those deemed to be in the public eye.”