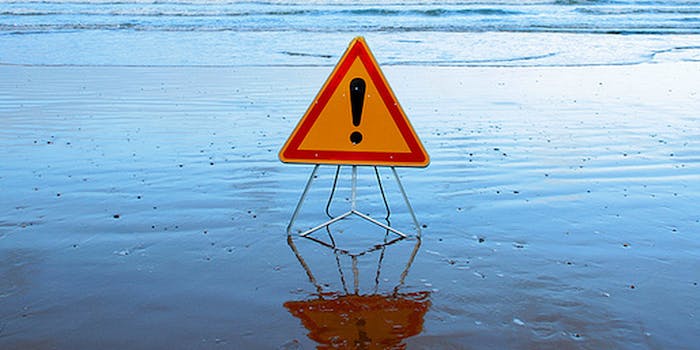 If he says he's an international antiques dealer, that should be your first red flag.

A Portland woman says that men she met on the dating website Christian Mingle stole her heart—and all of her money.

“I honestly believed him when he told me he loved me and he was going to be here with me,” the woman, who asked to remain anonymous, told Portland television station KGW.

What’s curious about the story is that it appears the woman was scammed not once but twice on the online dating site.

The first man contacted her shortly after she joined Christian Mingle, and told her he was living in the Seattle area. He soon confessed that he was in love, but before he could be with the woman he had to go see his critically sick mother in Spain.

If you’ve been around the Internet for awhile, your spidey senses are probably tingling at this point in his story. This guy was clearly up to no good. But the woman, blindly in love or naive to online stranger danger, allowed herself to be sweet talked into wiring the man a total of $14,000 for things like plane tickets and medical bills. She showed the KGW reporter a folder full of Western Union receipts.

The woman’s family, who were fortunately more skeptical, held an intervention to stop her from sending any more money to someone she barely knew. Of course, when the money stopped, her beau disappeared as well.

Despite the devastating circumstances, the woman was apparently undeterred from the online dating scene. She was contacted several weeks later by a second man (or the same man using a new account) who claimed—scam alert—to be an overseas antique dealer. It wasn’t long before she was again wiring money to the man, sending another $6,000 to a person she never laid eyes on.

Though in total she said she’s lost more than $20,000, she’s a testament to the power of perseverance. The woman is still looking for love.

“Now that I think about it and I just figure I’ll give it one more try,” she told KGW. But she promises this time there won’t be any more money exchanged.

It should go without saying that you should never wire cash to someone you met over the Internet, no matter how intense your chatroom love may be. Christian Mingle even warns about it on the site’s safety page. But, it’s the sad truth that scammers take advantage of people who let their guard down every day.

So if you need a refresher course on warning signs to watch out for, your friendly neighborhood FBI office has some tips you can see here.