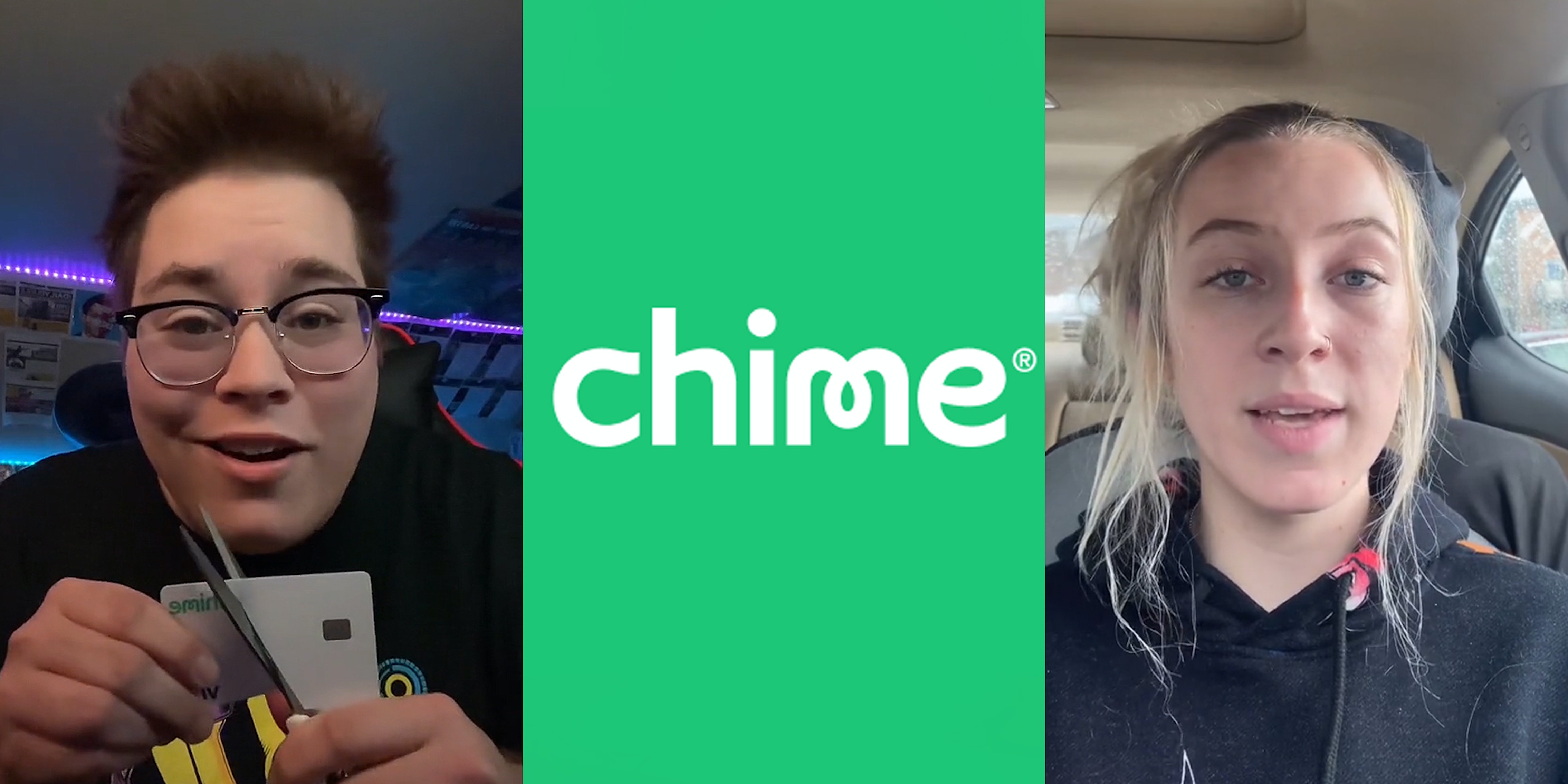 ‘Do I hear a class action lawsuit’: Man cuts up Chime bank card after he was scammed by fake email, received no credit for fraudulent charges

'I’ve reached out to Chime multiple times and they literally don’t care.'

User Donavan Rose (@thedonavanrose) posted a story of being scammed through an email from the online financial platform, Chime, and then not being able to dispute the clearly fraudulent charges with the financial company.

The self-identified pop culture enthusiast stitched his clip to another video by TikToker Steph. In her video, Step claims that she thought she was paying for an apartment she found on Facebook, but was then scammed out of thousands of dollars that she was unable to dispute with Chime.

On Oct. 24, Donavan shared a similar story to the platform. “Fuck Chime because the exact same thing just happened to me,” he says as he cuts up his Chime card on camera.

@thedonavanrose #stitch with @sillysteph01 @Chime should count its days because it can’t keep getting away with this. #chime #bankaccount #hacked #chimehasyourback #stealyourmoney #scam ♬ original sound – Donavan Rose

The TikToker says that he received an email that appeared to be from Chime in September, saying that he had won a giveaway. After he provided his information in order to claim the giveaway, Donavan says he realized the email was a scam and immediately contacted Chime.

He says the fintech company reassured him that his information was secure, but soon after, his account was hacked three times. Luckily, none of Donavan’s money was taken, and Chime again assured him, “you are fine, this is not going to happen again.”

However, a month later, Donavan says he was alerted to his account being hacked while attending the Bros premiere in Los Angeles. He says he literally watched transactions drain his account in real-time, but that when he called Chime to report it, he was told that they couldn’t even find a record of his two-year-old account existing.

Donavan says that Chime agreed to open a dispute for the fraudulent charges two days later and informed him that he would receive a credit for the charges by Oct. 18. Not only did Chime not redeem his credit, the TikToker also says Chime processed his dispute claim and emailed him to say that it wasn’t a scam and there had been no error.

The video received over 96,000 views as of Oct. 28, with commenters condemning the company’s actions and suggesting that both Donavan and Steph take legal action against Chime.

“Do I hear a class action lawsuit,” one viewer said.

“File a [complaint] with CFPB and your state AG. They have to respond faster to them by law. Source: I work in online fraud at a bank,” another proposed, referring to the Consumer Financial Protection Bureau and the state attorney general.

A number of commenters also claimed they had been victims of email scams through Chime.

“The same thing happened to me and they didn’t nothing about it,” said one user.

“[They] never let you dispute anything they deny everytime,” another wrote.

Forbes also reported that since April 15, 2020, more than 900 complaints have been filed against the company with the Consumer Financial Protection Bureau by customers reporting that they were being denied access to funds in their Chime accounts.