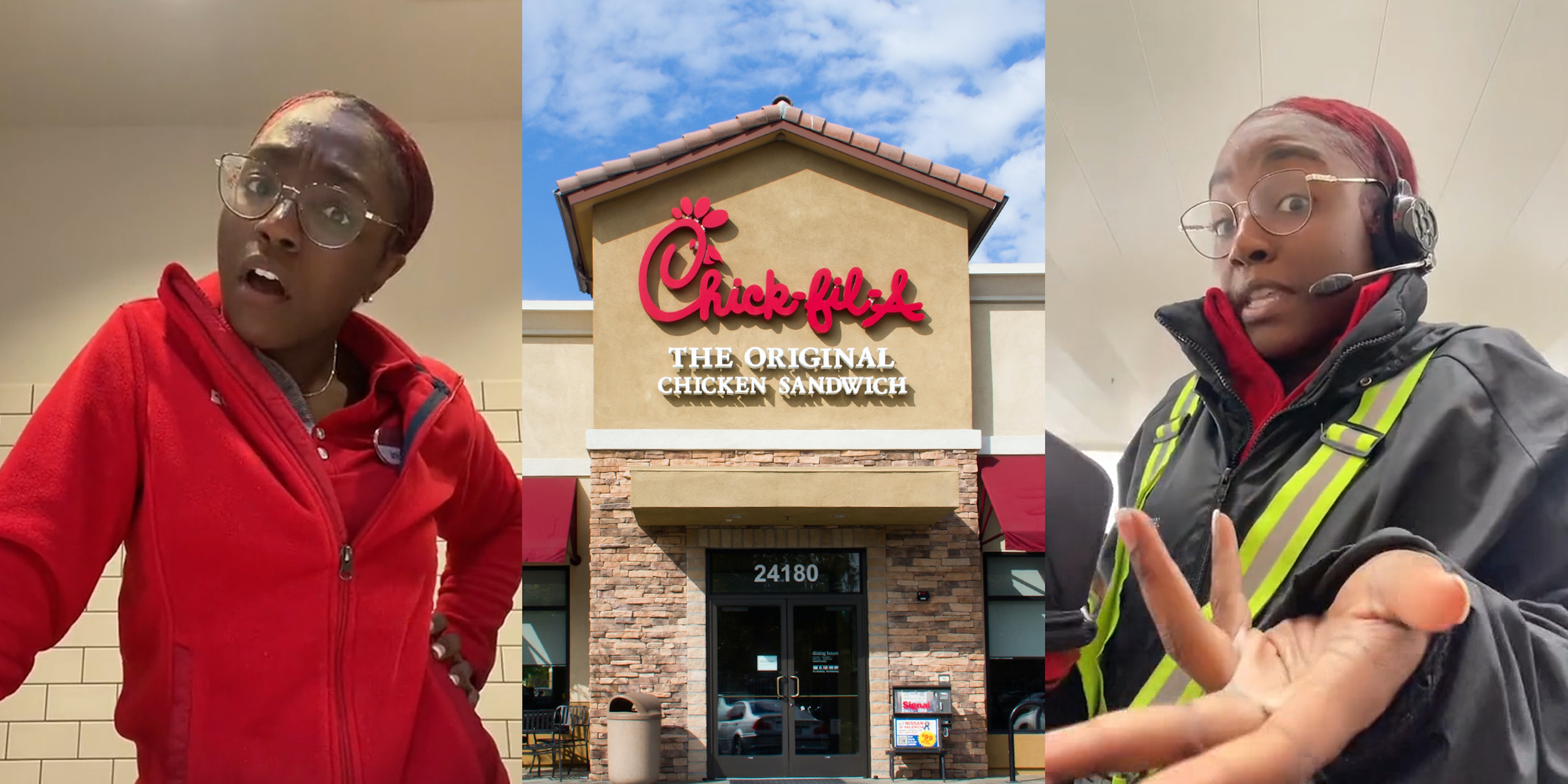 ‘It’s too much’: Chick-fil-A worker hides in bathroom after 2 customers offer to walk her to her car after her shift

'Don't tell people when you get off, it's not safe.'

A Chick-fil-A worker says two customers separately asked if they could walk her to her car after her shift ended in a now-viral TikTok, sparking debate about workplace safety in the comments.

In the video posted by TikToker Des (@destini.j) on Nov. 26, she posts a clip of her “hiding in the bathroom” after closing the restaurant. She says that earlier in her shift, a police officer came in and asked her what time she got off work.

“He said, ‘Bet, I’m going to be here to walk you to your car,'” she says in the clip. “A couple of hours later, another guy comes in and he’s talking to me. I give him his food and he’s like, ‘What time do you get off?'”

Des says that she told both men the actual time that her shift ends.

The video has amassed over 818,000 views as of Tuesday, with viewers warning her to avoid telling customers when her shift ends.

“Don’t tell people when you get off it’s not safe,” one user wrote.

“Pls never tell people what time you get off especially when it’s a late time,” another said.

“Yeahhhh never tell strangers the actual time you get off,” a third added.

In a follow-up video, Des says that the police officer came back into the store to tell her he “had a call” but “didn’t want [her] to think [he] wasn’t thinking about [her].”

Des continues that the second man didn’t return to the restaurant.

The Daily Dot reached out to Des and Chick-fil-A via email.