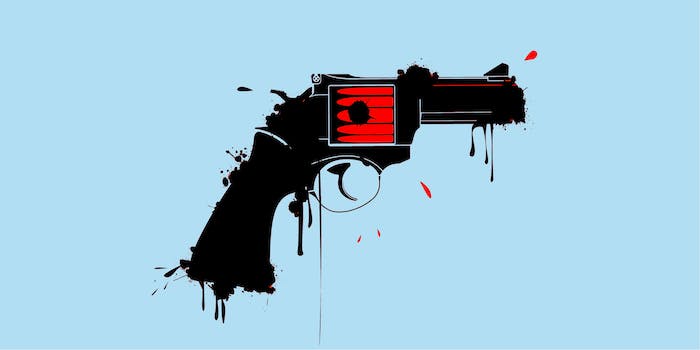 There are better ways to reduce gun violence than spying on Chicago's vulnerable communities.

On Thursday morning, Chicago Police Superintendent Eddie Johnson met with U.S. Attorney General Jeff Sessions to talk about what the federal government can do to help address violence in the city, which lately has been the subject of much discussion about how to lower its high crime rates. As officials consider this important question, they should think about redirecting funding from police surveillance equipment that helps them observe violence, to non-police programs and community services that are designed to prevent violence from taking place in the first place.

When we think about curbing violence, we often think about augmenting the police force—”I will send in the Feds!” President Trump tweeted about Chicago crime rates in January. Chicago Police Superintendent Eddie Johnson responded that “the Chicago Police Department is more than willing to work with the federal government to build on our partnerships with DOJ, FBI, DEA, and ATF and boost federal prosecution rates for gun crimes in Chicago.”

But we don’t have infinite resources (and infinite tax dollars) to throw at the problem, so we need to think carefully about whether those resources actually ought to go to law enforcement, or whether perhaps they should be used to support and expand non-police programs that prevent violence instead. At an event last week on challenges of policing in the 21st century, Christy Lopez, a former high-ranked official in the U.S. Department of Justice Civil Rights Division, relayed the remarkable story of the police chief in a high-crime area who said he would trade thirty officers for a boys and girls club. “Police officers will tell you,” Lopez explained, “‘we are forced to deal with all these problems that we didn’t create: the lack of mental healthcare system, lack of jobs, lack of housing, all these things.’ But what they won’t really want to talk about is the fact that part of the reason those problems exist is because all that money has gone to policing.”

It is well known that violent crime is often just a symptom of deeper social ills. For example, when Chicago’s top federal prosecutor, Zachary Fardon, tendered his resignation on Monday at Trump’s request, he handed an open letter of frustration to reporters as he walked out the door. He described the neighborhoods on the south and west sides of the city that have been neglected for decades. “The reasons for that historic run of neglect are rooted in ugly truths about power, politics, race and racism that are a tragic part of our local and national history and heritage,” he said. “And as a consequence of those ugly truths and the neglect they brought, these neighborhoods stand wrought with poverty and inadequate schools, businesses, jobs, and infrastructure.” Fardon painted a picture of an environment that prepares young people for gang recruitment by priming them with hopelessness.

Nevertheless, communities across the country are hemorrhaging money to support burgeoning police forces and the adoption of expensive and unproven new surveillance tools. The 2017 budget for the city of Chicago allocates nearly $1.5 billion to the Chicago Police Department, including an increase of nearly $48 million over the 2016 budget, a boost that reflects both the city’s intent to increase the size of its police force by nearly 1,000 by the end of 2018, and “new investments in technology including body cameras and shot-sensing cameras to help our police be more effective in solving and preventing crime.”

This “new technology” often has a hefty price tag. For example, in 2011, the American Civil Liberties Union (ACLU) reported that “publicly available information show[ed] the expenditure of at least $60 million on Chicago’s [surveillance] cameras.” Body cameras are another high cost, with $10.8 million reportedly allocated for their deployment in 2017 alone. According to the mayor’s 2017 grant detail document, the 2017 budget also includes a recommended $1 million for video surveillance and $640,000 for “optimizing video technology,” or software designed to process video captured by surveillance cameras. The police department also spends hundreds of thousands of dollars on legal fees fighting to keep aspects of its surveillance programs secret, with documents obtained in 2015 revealing $120,000 spent on two lawsuits.

In addition to state and local revenues, the funding for police technology often comes from the federal government. And at times it doesn’t even come from any official budget—rather, it comes from assets extracted from policed communities themselves. Last year, an investigation into Chicago police spending spearheaded by the Chicago Reader, Chicago-based transparency nonprofit Lucy Parsons Labs, and the public records website MuckRock revealed that from 2010 to 2015, Chicago police had spent nearly $1.9 million in civil forfeiture funds on surveillance equipment, including controversial fake cell phone towers that essentially turn cell phones into tracking devices.

In addition, police surveillance equipment does harm to policed communities. Police surveillance chills free expression, disproportionately in communities of color. These tools even been used specifically to monitor protestors, including participants in the Movement for Black Lives demonstrating against police violence. And some surveillance technology may have an observable impact on communications networks, for example by disrupting the cellular phone network and interfering with normal operation of mobile devices.

Yet while money flows from government coffers to fulfill police contracts with technology vendors, non-police programs that prop up communities, resolve conflicts, and encourage de-escalation are floundering. The amount by which Chicago is increasing police funding in 2017—3 percent of the police budget—is equal to the total amount of money allocated for youth services, which, among other things, “provides employment and training activities for youth and provides an alternative for youth entering the juvenile justice system through the Juvenile Intervention Support Center.” In other words, for every dollar the city shells out to support the police force, it spends a measly three cents on youth services. Chicago Public Schools are in the midst of a massive financial crisis.

Perhaps most heartbreakingly, while funding has grown for police technology, it has all but evaporated for an organization called CeaseFire Illinois, which hires ex-convicts and former gang members who are from crime-ridden neighborhoods to be “violence interrupters” in those same neighborhoods, deploying them to de-escalate emerging street conflicts that could result in killings. As others have written about, the program is well respected in communities and appears to make a real dent in violent crime. Over the past few years, though, CeaseFire has seen its funding slashed, starting with the state pulling funding in 2014, forcing the organization to go from 55 interrupters at that time to only eight as of last month. As the Economist recently pointed out, “The one district on the South Side where CeaseFire was not slashed was the only one that saw a drop in shootings.” CeaseFire needs only about $5 million to stay afloat, though proponents of the program claim that an annual investment of $25 million—less than 2 percent of the city’s police budget—could bring Chicago’s homicide rate down to the national average.

If the federal government is serious about helping out cities with high crime rates, it should start by taking a hard look at the money it is spending to support the acquisition and use of surveillance technology by state and local police departments. To get more bang for our taxpayer bucks, perhaps that money should be diverted away from technology that observes violence, to community programs that prevent it.

Laura Moy is deputy director of the Center on Privacy & Technology at the Georgetown University Law Center.