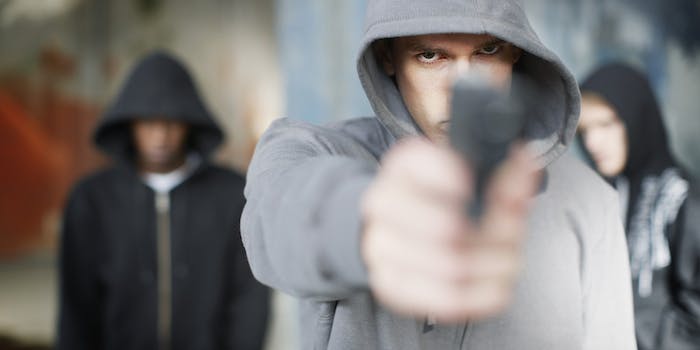 But not everyone thinks it's saving lives.

The Minority Report just keeps getting more real every day.

The Chicago Police Department has figured out a formula, based around police record combinations, gang affiliations, and other particulars, to predict who will likely be shot or shoot someone else.

The city’s law enforcement officials hope that knowing who is most likely to be involved in violence can bring them a step closer to curtailing it. They are also warning those highest on the list that they are under intense scrutiny, while offering social services to those who want a path away from the bloodshed.

“We know we have a lot of violence in Chicago, but we also know there’s a small segment that’s driving this stuff,” Chicago’s police superintendent, Eddie Johnson, told the New York Times.

With the program in its third year, critics have plenty of questions the ranking being at odds with civil liberties. And with killings and shootings on the rise, its effectiveness is being questioned.

According to the New York Times: “In a broad drug and gang raid carried out last week amid a disturbing uptick this year in shootings and murders, Chicago’s police department said 117 of the 140 people arrested were on the list.”

While well meaning, especially in a city losing hope on recapturing specific segments of the population, Chicago authorities seem to be reaching for potential answers. Away from potential socioeconomic solutions that would fix crime long-term, the legal ramifications leave concerns about fairness and potential discrimination—perhaps even the creation of an actual “minority” report.

Software is used across the U.S. to predict future criminals is biased against blacks. "Minority report," indeed. https://t.co/shvO5LP8FO

Some critics, according to the Times, question the wisdom of a system that identifies individuals as likely to commit future crimes while lacking the ability to actually prevent those criminal acts.

“We’re concerned about this,” said Karen Sheley, the director of the Police Practices Project of the American Civil Liberties Union of Illinois, said in a statement. “There’s a database of citizens built on unknown factors, and there’s no way for people to challenge being on the list. How do you get on the list in the first place? We think it’s dangerous to single out somebody based on secret police information.”

The use of predictive analytics by police is relatively widespread. However, the crime-fighting method has a long history of criticism due to concerns that it targets innocent people for crimes they have not committed, as evidenced in this ABC News report from 2011.

Perhaps the doomsayers have a point after all.

Editor’s note: Portions of this article in its original form copied reports from the New York Times without attribution. This article has been updated accordingly. We regret the oversight.