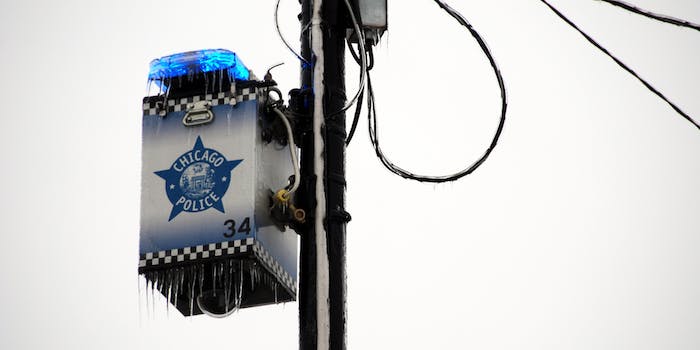 The city dropped its objections to the video's release, and a judge subsequently demanded its publication.

The Chicago Police Department has released a video showing its officers fatally shooting a 17-year-old African-American during a traffic stop.

Officers Lou Toth and Kevin Fry were pursuing Cedrick Chatman on foot after the teenager fled the officers during a Jan. 7 traffic stop. At 5:40 in the footage, captured by a special kind of city camera that monitors and records crime, Chatman is seen running away as Fry shoots at him.

After Chatman is hit, he falls to the ground and Toth is seen turning him over and handcuffing him. The footage also shows Toth placing his foot on Chatman’s back. Several hours later, Chatman died.

A federal district court ordered the release of the shooting footage on Thursday after a three-year legal battle between Chatman’s family and the city. Lawyers for the city had already agreed to drop their objections to the release on Wednesday.

The judge, Robert Gettleman, said he was disturbed to see Fry firing at Chatman while Toth was in between them. “This is what bothers me,” he said. “You might say he was in the line of fire.”

“At no time did these officers communicate with each other,” Brian Coffman, Chatman family’s lawyer, told reporters outside the courthouse. “They immediately encountered Chatman’s vehicle; guns were out.”

Commenting on the protracted legal fight over the release of the footage, Gettleman said, “I’m very disturbed by the way this happened.”

The Chicago police force is under intense scrutiny for the conduct of its officers in several incidents, including the Tasering of an unarmed mentally ill man and the fatal shooting of 17-year-old Laquan McDonald.