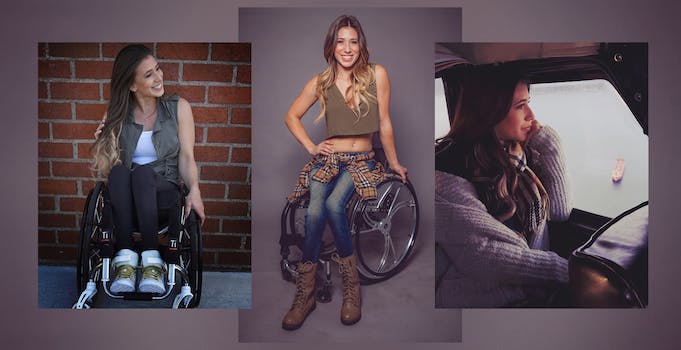 Ever since she was 3 years old, Chelsie Hill wanted to be a dancer. And in high school, it looked like that dream would come true. She made the varsity dance team as a freshman and regularly got good grades to ensure nothing would hold her back from studying with the best.

But one night, after a party, Hill got into a car with a drunk driver. The driver hit a tree head-on, going 40 mph. Though Hill survived the crash, she was diagnosed as a T10 paraplegic. She had full control of her upper body, but the doctor told her she would never walk again. She was only 17.

“Forget walking,” Hill said she told her doctor. “I just want to dance.”

Today, Hill runs a dance team that has performed with the World of Dance Tour and is one of the largest wheelchair dance teams on the planet. She has been a cast member on Sundance Channel’s reality show Push Girls and co-wrote a YA novel titled Push Girl based on that experience. She also teaches dance classes, runs dance camps, and has YouTube channel with dance tutorials. She has over 10k followers on Instagram who are inspired by her passion and drive.

But before all that, just six years ago, Hill’s doctor looked at her, shook his head and said dancing wasn’t going to be a reality again.