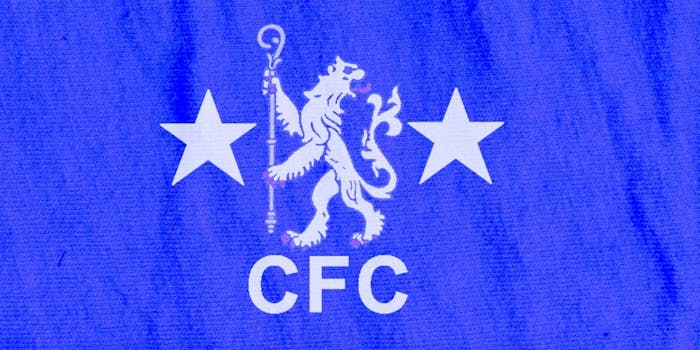 In the clip, a group of British soccer fans can be seen chanting, 'We're racist, and that's the way we like it.'

Last Tuesday, the British soccer club Chelsea played a 1-1 draw against French giant Paris Saint-Germaine in the UEFA Champions League’s round of 16. Before the match, however, a group of Chelsea fans were caught on tape shoving a black man off a Paris subway and hurling racist chants at him.

In the footage, which was taken at Paris’s Richelieu-Drouot station, the man can be seen trying to board the train before a group of Chelsea supporters push him back onto the platform. The soccer fans can be heard chanting: “We’re racist, we’re racist, and that’s the way we like it.”

Founded in 1905 and owned by Russian oligarch Roman Abramovich, Chelsea FC is one of the most popular teams in the Premier League, England’s primary soccer league. Yet its supporters have a history of racist and abusive behavior.

Just last year, when Chelsea met PSG in the quarterfinals of the Champions League, 300 Chelsea soccer hooligans fought with Parisian shop owners, causing a riot after sneaking into the country by way of Belgium. The supporters were members of Chelsea’s notorious Headhunters, a collective regularly accused of violent and racist behavior. The gang was the subject of a 1999 BBC documentary about white supremacy in the Premier League.

In 2011, current team captain and mainstay on the English national team John Terry was suspended four games for calling Reading F.C. soccer player Anton Ferdinand a “fucking black c***.” And as recently as 2012, Chelsea fans were caught making hissing noises at fans of cross-town rival Tottenham Hotspur, a team with a large Jewish fanbase. The hissing was meant to emulate Nazi gas chambers.

Chelsea faces PSG in the return leg of the series on March 11 in London. The game will be televised stateside on Fox Sports 1.