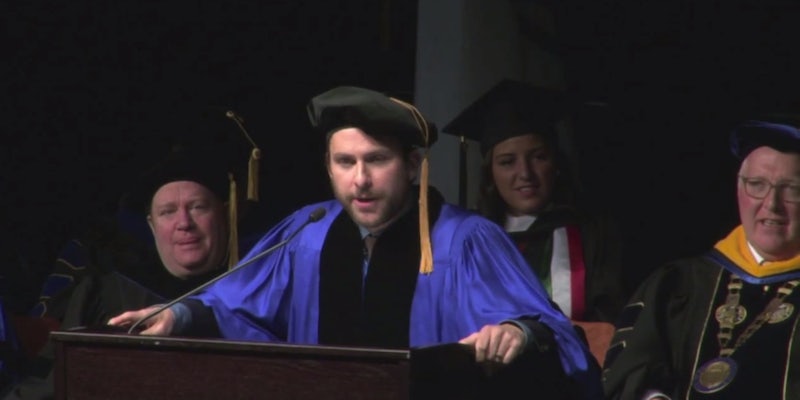 Charlie Day’s commencement speech is filled with wisdom and expletives

The King of the Rats has come a long way.

In the mix of celebrities and public figures set to give commencement speeches in the next few weeks, Charlie Day’s speech at his alma mater will be remembered as one of the better ones

The It’s Always Sunny in Philadelphia star gave the commencement speech at Merrimack College and joked about being able to write himself prescriptions with his honorary PhD. He told students to not give a shit while describing his early days of working in New York after he graduated from Merrimack.

It makes the rest of us who don’t even remember our commencement speaker (or anything they said) look over in envy.

The King of the Rats has come a long way.