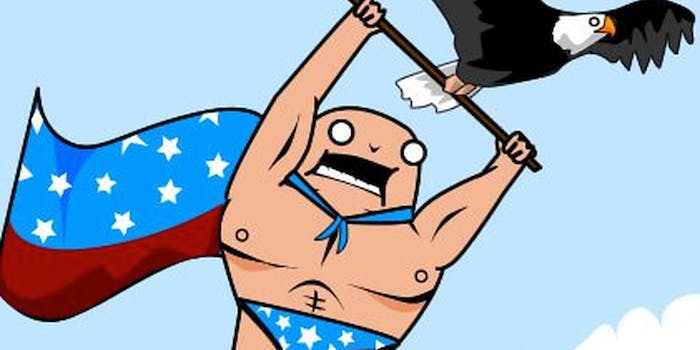 After 23 days, attorney Charles Carreon has dropped his lawsuit against popular webcomic creator Matthew Inman, leaving Inman free to distribute over $200,000 to charity.

It took 23 days and more than a few unexpected amendments, but it appears as though the long strange trip that is Internet rights attorney Charles Carreon v. The Oatmeal proprietor Matthew Inman is now officially over.

Carreon dropped his lawsuit against the beloved webcomic creator Tuesday, Inman’s legal representatives at the Electronic Frontier Foundation announced. This apparently puts an end to a legal race to arms that saw more twists and turns than a 1950’s sock hop.

The chaos began in earnest on June 11 when Carreon, representing comedy website FunnyJunk, threatened to sue Inman for $20,000 if he did not remove statements on his website alleging his comics were ‘being stolen, re-hosted, and monetized on FunnyJunk’s website.'”

Inman responded by publicly mocking Carreon’s letter and launching an Indiegogo crowdfunding campaign to raise $20,000 from his fans. But Inman didn’t create the fundraiser so that he could pay his debt to FunnyJunk. He created it to redirect the money to charity—the funds raised would get split between the National Wildlife Federation and the American Cancer Society. (Inman closed his campaign last week after raising $220,000.)

Peeved at the public embarrassment, Carreon made things personal, suing Inman—as well as Indiegogo and both charities—for running an Indiegogo campaign that violated California fundraising law in an effort to prevent Inman and Indiegogo from pocketing any of the funds. (Indiegogo normally takes a four percent cut of all successful campaigns.)

Inman rounded up a legal team and promised to forge on with donating the money to charity. Carreon countered on Monday by seeking a temporary restraining order to prohibit the transfer of funds between Inman and Indiegogo.

Carreon’s train derailed Tuesday when the EFF “called him out” for pursuing a “meritless attempt to punish Inman for calling attention to his legal bullying” during their courtroom brief,” EFF Senior Staff Attorney Kurt Opsahl said in a statement. He withdrew his case shortly thereafter, leaving Inman free to appropriate the $220,000 raised through Indiegogo any way he sees fit.

Carreon has yet to speak publicly on the issue and has yet to return the Daily Dot’s request for comment—though it’s still quite early in the Arizona morning on a federal holiday. His professional website still touts a June 22 San Jose Mercury News news report of the suit on its homepage. (Carreon’s personal website appears much more transfixed on mythical poetry and scantily clad women in tiaras.)