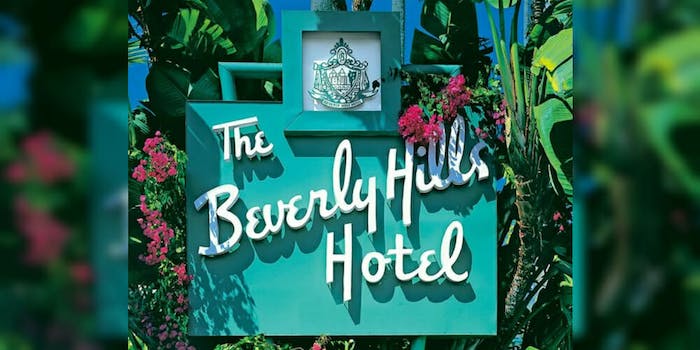 The nine exclusive hotels are a popular choice with the rich and famous.

As of today, gay sex in Brunei is punishable by death by stoning. Now, some of the world’s biggest celebrities are taking a stand against Sultan Hassanal Bolkiah by boycotting his luxury hotels.

Homosexuality was already punishable with a 10-year prison sentence in Brunei, but now sodomy carries a sentence of death by stoning, and lesbian sex a sentence of 40 strokes with a cane, according to the BBC. Other brutal laws are also going into effect today, including jail time for teaching Muslim children about other religions, public flogging for abortion, and amputation for theft.

The new laws have been largely condemned by the international community, including by the UN and various human rights organizations. Starting with George Clooney, a growing group of celebrities are joining a movement to boycott the famous, luxury hotels owned by Bolkiah around the world.

On March 28, Deadline published a guest column written by Clooney in which he called upon other celebrities to do what they can and not put money into the pockets of an authoritarian, homophobic ruler.

“A couple of years ago two of those hotels in Los Angeles, The Bel-Air and The Beverly Hills Hotel were boycotted by many of us for Brunei’s treatment of the gay community,” wrote Clooney, referring to protests in 2014. “Like all good intentions when the white heat of outrage moves on to the hundred other reasons to be outraged, the focus dies down and slowly these hotels get back to the business of business.”

Clooney admitted that he’d recently stayed at some of these hotels, not having done his homework. But he’s done the research now, and in the column listed the nine hotels owned by Bolkiah. Since the article was published a number of celebrities have joined in the boycott, and through them, the message is spreading exponentially.

Here are the hotels to boycott:

Thank you George Clooney for calling to boycott all hotels owned by the Sultan of Brunei. We cannot support people who threaten to kill those who love just a little differently. We cannot rest where hatred grows. #BoycottBrunei

Ellen DeGeneres shared the message on Twitter and Instagram, where she brought several more celebrities into the boycott force, including Ellen Pompeo and Carlos Ponce.

Tomorrow, the country of Brunei will start stoning gay people to death. We need to do something now. Please boycott these hotels owned by the Sultan of Brunei. Raise your voices now. Spread the word. Rise up.

“We need to do something now. Please boycott these hotels owned by the Sultan of Brunei. Raise your voices now,” wrote DeGeneres. “Spread the word. Rise up.”

Clooney took a more pragmatic tone in his column, writing, “Brunei is a Monarchy and certainly any boycott would have little effect on changing these laws. But are we really going to help pay for these human rights violations?”