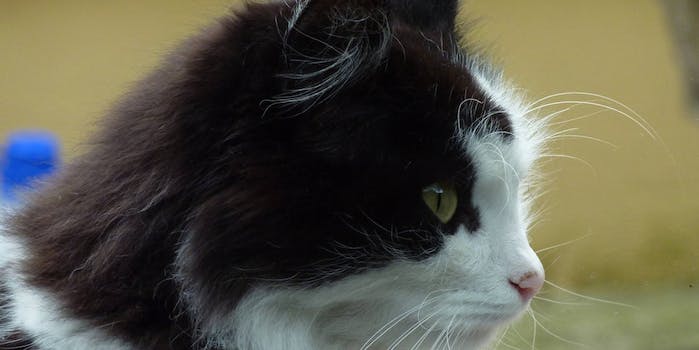 There are a lot of #CatsAgainstBrexit

Because cats have opinions too.

On Thursday, June 23, the E.U. referendum vote will determine whether Britain will remain a part of the European Union. Both sides have lobbed arguments about the economy, immigration, national identity, and more, but you know what hasn’t been considered yet in the debate? Cats.

So Lilian Edwards started the hashtag #CatsAgainstBrexit to show the world where the nation’s felines stand. And, sure, why not?

My cat is sad because #Brexit. If you agree RT w your cat. #CatsAgainstBrexit.
Come on guys, viral time!!! pic.twitter.com/NHH5lBMpZq

The Daily Dot has reached out to Edwards about the inspiration behind the hashtag, but she has not responded as of this posting. But as such a hashtag would suggest, cats appear to be firmly anti-Brexit, presumably because they believe remaining a part of the European Union will help keep Britain’s economy strong.

Cats are also generally not as nationalistic and don’t believe immigrants are ruining Britain’s culture.

Natalie thinks subsidiarity is the most sensible protocol for decision making in today's world. #CatsAgainstBrexit pic.twitter.com/GdMPLCSDV9

However, there are cats that appear to be firmly pro-Brexit, worrying that remaining in the E.U. will mean more immigrants will continue to flood Britain’s workforce and drive down wages.

Cooper doesn't like the amount the uk pays for EU membership #catsforbrexit pic.twitter.com/YjAkikgsqT

It’s unclear what the nation’s dogs think of Brexit. Better ask the queen.