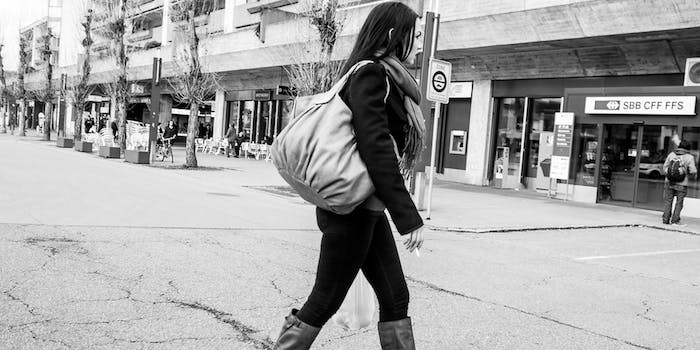 Catcalling is a major issue for women all over the world, but the women of Argentina experience it at an especially high rate, according to a recent study by nonprofit organization Hollaback!. That’s why an Argentine congresswoman is looking to criminalize catcalling with her new proposed legislation.

According to the Hollaback! study, 95 percent of Argentinian women experience street harassment before the age of 17. 76 percent of women said they even avoid certain parts of their town to avoid this type of unwanted attention.

That’s why Congresswoman Victoria Donda introduced a bill to Congress that would require a judge to review a woman’s claim of verbal sexual harassment. Under the proposed legislation, the penalty for catcalling would be a fine of up to $775.

“In Argentina, street harassment is something that is widely accepted and women are subjected to hearing all kinds of comments about our bodies and our sex beginning at a young age,” Donda told Fusion. “To change that, we have to put the issue out there for discussion.”

Donda’s bill also calls for funding to raise awareness about harassment in schools and workplaces.

The legislation is believed to have been inspired in part by a now-viral YouTube video by a young woman named Aixa Rizzo. In April, Rizzo posted a video where she discussed what it was like to be catcalled on a daily basis.

“They shouted these things at me for an entire month,” Rizzo told the Associated Press of the vulgar things that men said to her. “I couldn’t walk out of my house in peace.”

While the anti-catcalling legislation might sound extreme, there is actually a legal precedent for prosecuting catcallers. In March, the Peruvian government passed a law that allows judges to decide if catcalling offenders should be punished. The maximum penalty for catcalling is a jail sentence of up to 12 years.