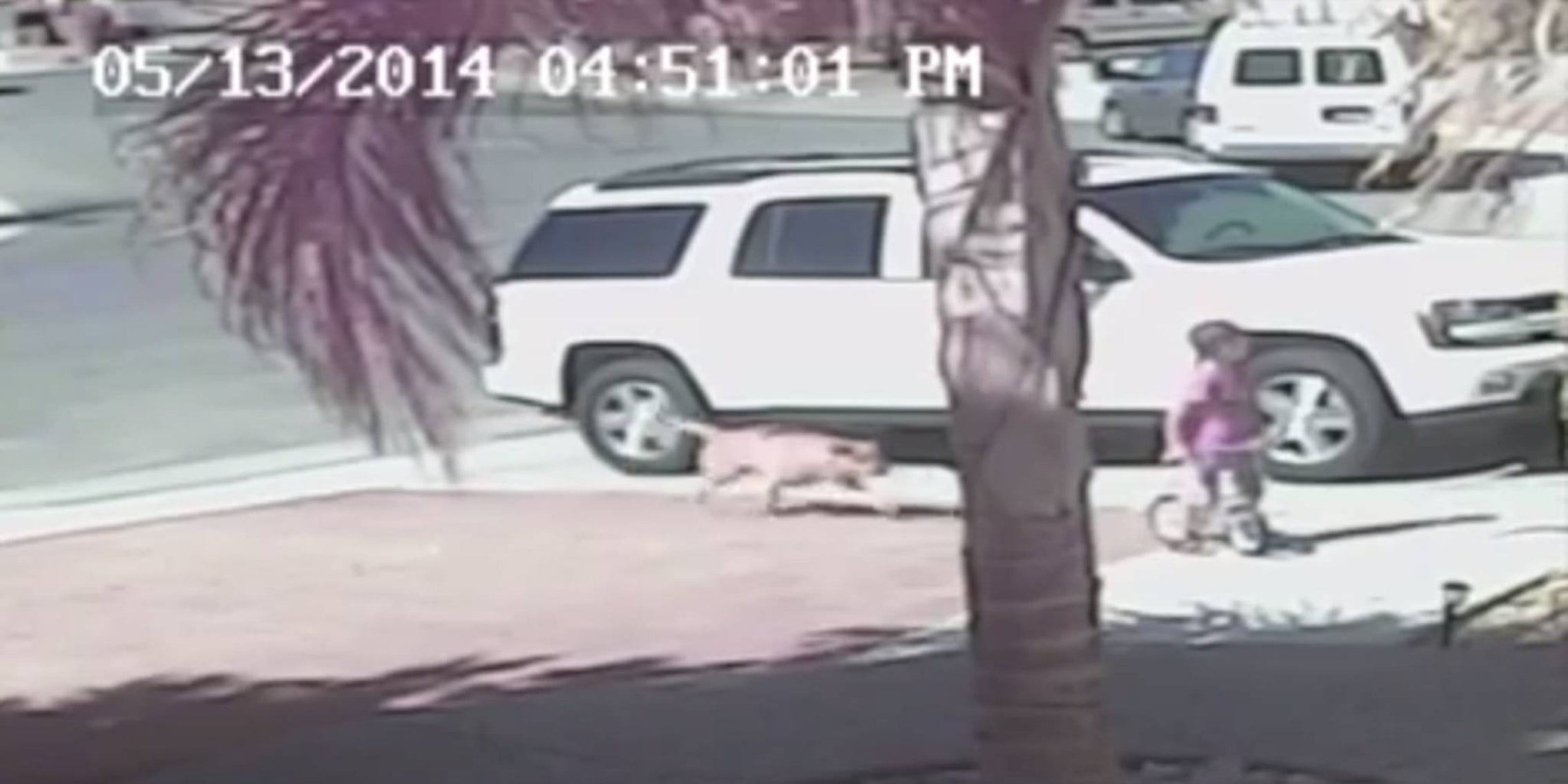 Dog may be man’s best friend, but this little boy will take a cat any day of the week.

Dog may be man’s best friend, but this little boy will take a cat any day of the week.

That’s because after being attacked by a dog who dragged him off his bicycle by his leg, the boy’s family cat came to the rescue. YouTube user Roger Triantafilo, on Wednesday, uploaded the following video that documents the incident.

The video appears to stitch together footage from two security cameras, as well as still photos of the bite marks on the boy’s skin.

“Thankfully, my son is fine!” Triantafilo wrote on YouTube.

Though the video is edited and packaged to tell a story, the footage does not appear to be altered. Triantafilo has not yet responded to our inquiry regarding the video, but a Google search of his name reveals that he’s an database administrator for an energy company in California. It’s not hard to locate photos of Triantafilo with his wife and young son, presumably the two people that appear in the video.

While the Internet always requires a healthy dose of skepticism, the Triantafilo family does not seem to share Jimmy Kimmel’s love of getting people worked up with hoax videos. In this dog-eat-dog world of Internet fakers, this video just may be the cat’s meow.