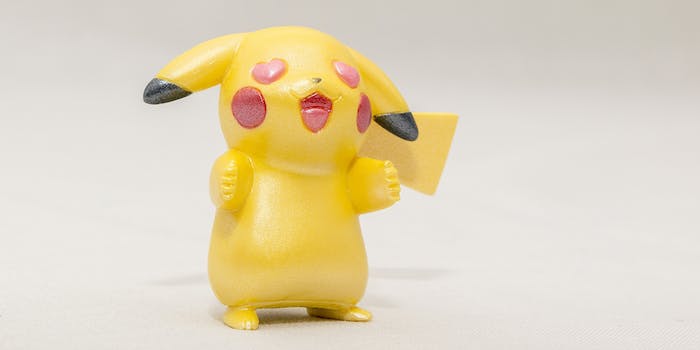 Close Encounters of the Casual Kind: A Pokémon Go sex craze is sweeping the internet

'Pokémon Go and Blow' is the new Netflix and Chill.

The game is so addictive, it’s cost at least one guy his job, led a teenage girl to discover a dead body in a river, inspired a band of thieves to hunt robbery victims at PokéStops, and even distracted a soon-to-be dad during the birth of his child.

But while it’s pretty obvious that walking around with your head in the game (literally) could be distracting and cause a few incidents, there’s one side effect of Pokémon Go use that no one could have predicted: horniness.

People are taking to the internet to find Pokémon Go sex partners. And we’re not talking about a kinky minority, here—there are so many hookup ads related to the game that ‘Pokémon Go and Blow’ might just usurp Netflix and Chill, or at least become this year’s leading lazy sex pun.

There were plenty of Pokémon Go-related calls for booty on Reddit, including one from an age-play fan looking for some hot trainer-on-Pokémon action and to “maybe bang our way through a region or two.” Another ad posted in r/RandomActsOfMuffDive sought a parter with which to “meet up, level up, catch a Jigglypuff, and hook up.”

But while Reddit was jam-packed with fuckbois trying to fill your Pokédex with their love, it was Craigslist—as usual—that brought forth the crown jewels of Pokéthirst.

Some gaming fans posted relatively tame classifieds to the Casual Encounters section of Craigslist, merely looking for love and a few Squirtles along the way. In Carthage, Texas, one sweet lady sought a knight in shining techwear to “go on Pokémon hunting dates 24/7.” A self-described “busty” woman in Portland sought a “420 friendly FWB” (friends with benefits) to accompany her on her hunts. A man in Los Angeles posted an adorable call for a “nerdy girl” who would join him to “watch anime, go to conventions, hang out and just talk, even go out and catch Pokemon once the servers stop fucking up.” Ladies, this one’s a keeper.

The vast majority of posts, however, were less romantic. So many ads used the phrase “Pokémon Go and Blow” in place of Netflix and Chill—like, in a frighteningly short amount of time considering the game was only released last Thursday.

One such “Pokémon Go and Blow” ad was posted by a “straight” Tempe, Arizona, man who sought another man to play out an elaborate encounter in which the date would command him in a threatening tone, “Do you want to lose your Pokemon? No? Then suck my dick.” The ad explained that while he would love a man to “force me to go down on you,” he was not interested in “sex.” We’re not sure Tempe’s m4m actually knows the definitions of the words “sex” and “straight,” but regardless, it sounds like a pretty good time.

On Twitter, several users made it clear where their priorities stood when it came to sex versus Pokémon Go. 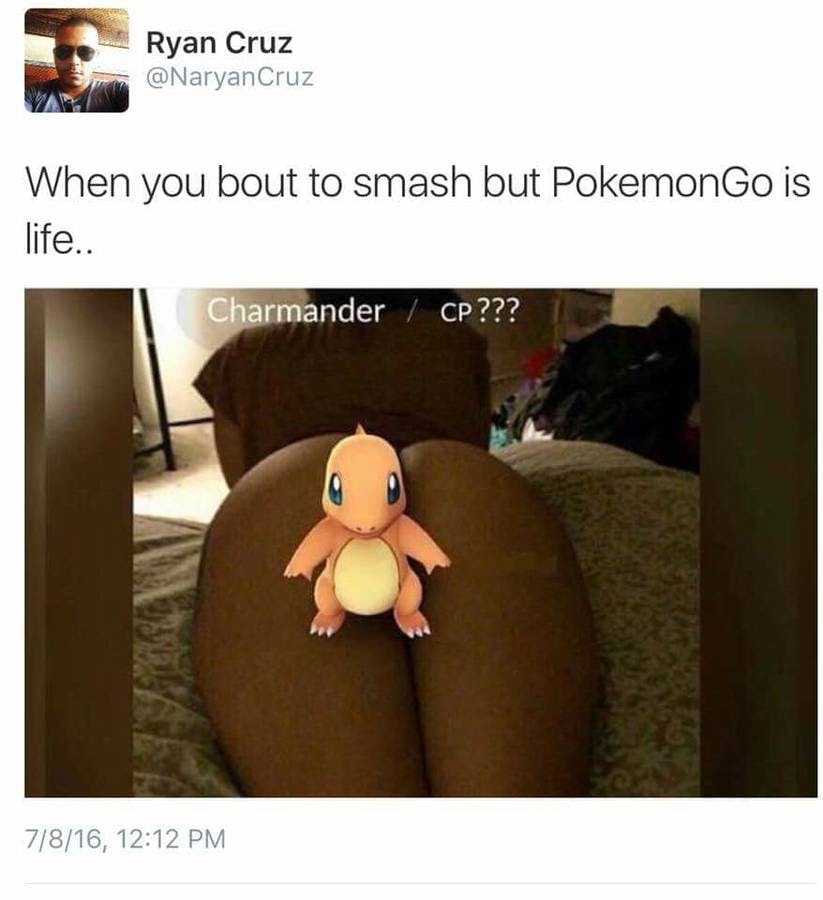 sorry, I only had sex with you to see if you had a Pokémon Go in your pants. that was wrong

Netflix and chill is dead. Now it's Pokemon go and have sex in random spots in your neighborhood.

sex is cool but have you ever played pokemon go

Some of the ads on Casual Encounters were limited to members of certain teams only. One m4w in Orlando, Florida titled his ad “Lemme take a Pikachu” but his peepers were reserved for a lady of the Mystic Blue variety. Down the road in Fort Myers, Florida, a discerning-yet-open fella sought another guy who wanted to “play with some pokeballs than each others.” He made it clear that all levels were welcome—but you’d better be on that yellow team. A m4w in central New Jersey was ready to have fun with “lovely ladies” with one caveat: “Just make sure you are on Blue Team.”

In Fayetteville, Arkansas, a m4m wanted “other trainers only” to help him catch water-type Pokémon by a creek. In his ideal date, “we can play Pokemon and blow each other by the creek.” Most people seemed willing to bend the rules a bit, like the Denville, New Jersey, man who boasted his inclusive policy with “I know I’m all Team Valor and you’re all Team Mystic, but I’m willing to look past that.” Mister Denville was ready to “get it on like Donkey Kong,” as long as you have wheels: “Drive me around and I’ll co-pilot you to a Mewtwo too.”

One smart poster in Salem, Oregon, seemed to have figured out the formula for lazily drawing Pokémon forth using incense—a time-saving option that allows for more focus on kinky sex acts. Salem’s ad so perfectly wraps up Pokémon sex fever, we had to repost the entire thing.

Let’s burn some incense and catch pokemon while we fuck,
The incense will bring em to us so we can preform oral sex on each other while we throw balls at some monz. The hype waz reel fam.

While the phrase “Pokémon Go and Blow” gained insane traction in the mere five days since the game’s release, some Casual Encounters users stuck with the classics. In Woodbridge, Connecticut, a poster sought a woman for “Pokémon Go and Chill,” and asked that respondents put “Pokechill” in the email subject field. The line was popular in Brighton, Massachusetts, too, where a guy sought company “to catch pokemon, get food and a drink, and pounce you,” while he was wandering around with his face in the app.

Others played with the terminology a bit: “Pokémon Go and car sex” was offered in Boston’s South Shore, while a gay Fairborn, Ohio expressed his love of silly puns with “Done with Pokémon, time to poke a man.”

Speaking of poking a man, a m4m in South Bend, Indiana won the prize for most graphic description of Pokémon sex with his very NSFW Casual Encounters ad on Saturday.

A lesbian in West Palm Beach, Florida, was similarly direct in her dating menu. The w4w offered Pokémon Go hunts, “my hand down your pants,” breakfast, massages, and “my hand down your pants” again. She ended the post with “Throw a Pokeball at me, I’m a catch.” Indeed. And in the Raleigh, North Carolina area, a man was “looking for a 420 friendly girl to go on a Pokemon Go hunt with tonight and rub your clit in my car in between our missions.”

Last but not least, a number of trainers posted variations on the slogan “Gotta catch them all,” but replacing Pokémon catches with sexually active human beings. In Chicago, a Latino guy in his early 20s sought a lady to run around and “catch all of the Pokemon Chicago has to offer.” In Providence, Rhode Island, a man asked whether there were any ladies who were both “Dtf?” and driven by the “Gotta catch ’em all” craze.

Perhaps the best ads for Pokémon Go sex were those that sought specific catches. In Pittsburgh, a t4m (trainer for man) posted “Will suck dick for Haunter,” adding that anyone who can help him find a Haunter in Pokémon Go “can Pokemon BLOW in my mouth.”

Whether inspired by weather patterns like Winter Storm Jonas or Hurricane Sandy, or by Fourth of July punnery revolving around fireworks and bangs, the Casual Encounters section of Craigslist never fails to disappoint. Add in a nation—nay, a world—obsessed with Pokémon Go, and you have the entire internet using every possible platform to try and get in each other’s pants. Go forth, sex nerds… and catch ’em all.