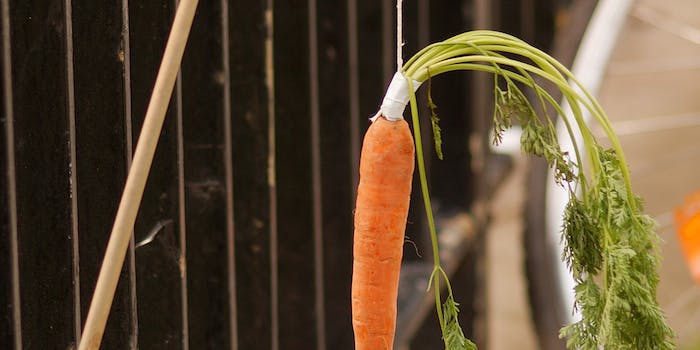 This was probably overdue.

Not everyone wants to date a gold digger, but those who do are in luck: Carrot Dating, a new matchmaker app that allows you to bribe people into dates, has arrived. Will you promise flowers, jewelry, a tank of gas, or even plastic surgery in return for face-to-face interaction? The choice is yours (if you’re desperate).

Carrot Dating theoretically functions without regard to gender dynamics, but its press release makes it painfully clear that those fabled “nice guys” are meant to be the moneyed pursuers, women the grateful quarry. Founder Brandon Wade claims that “Women have all the power in the online dating world: they receive countless messages from suitors, while men struggle for even a single reply,” but “[b]y ‘dangling’ the right ‘carrot’ in front of beautiful girls, suitors can convince anyone to say ‘yes’ to a first date.” 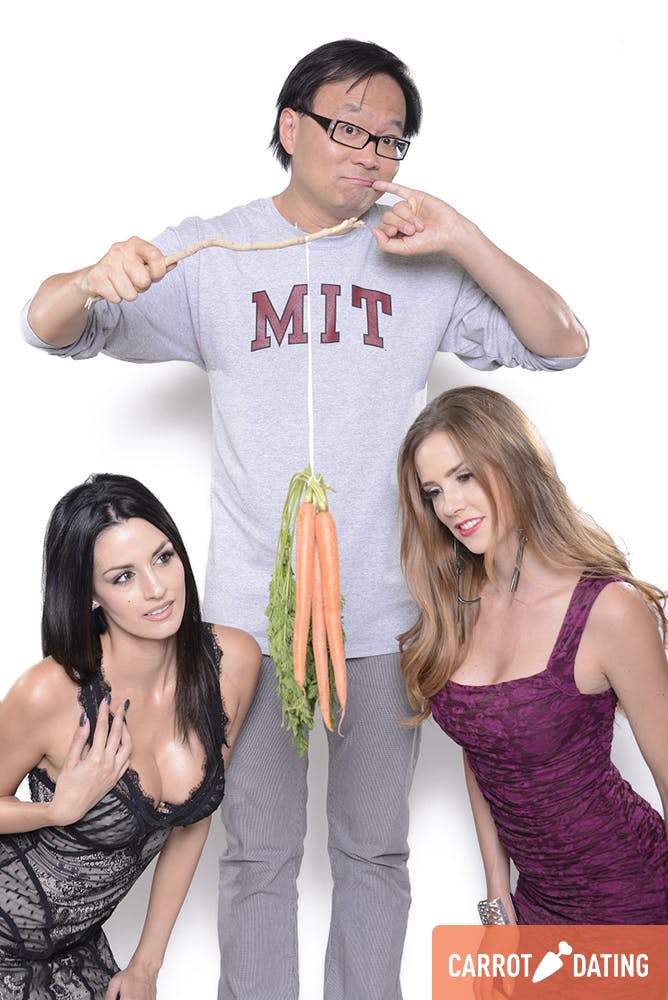 It gets worse when Wade is quoted directly about his own romantic rejections—despite a “nerdy smile” and “sweet personality”—as well as his ultimate, game-changing epiphany: “I realized that women love presents like dogs love treats. Just as an unfriendly dog wouldn’t deny a tasty treat, any beautiful girl can be bribed into giving you a first date.” So true! I myself often find it impossible to distinguish between women and domesticated canines. I mean, they both eat out of bowls and enjoy long walks.

Wade’s had this flash of insight before, however: There’s no other way to account for his previous dating “innovations,” which include the not-so-subtly-named WhatsYourPrice.com and “suggar daddy” network Seeking Arrangement. In fact, it’s almost as if he’s had literally not one idea about attracting a member of the opposite sex that can be divorced from free-market libertarian economics.

A video explaining Carrot once again strongly implies that men are the victims of online dating world; indeed, why shouldn’t they be able to get replies from women wildly out of their league? Why not invoke the age-old power arrangement of the oldest profession? (The concept of “power” is very big here, with beta male users encouraged to reclaim it.) As in all of Wade’s ventures, you have to wonder if this isn’t outright trolling—controversy has gotten him plenty of publicity in the past.