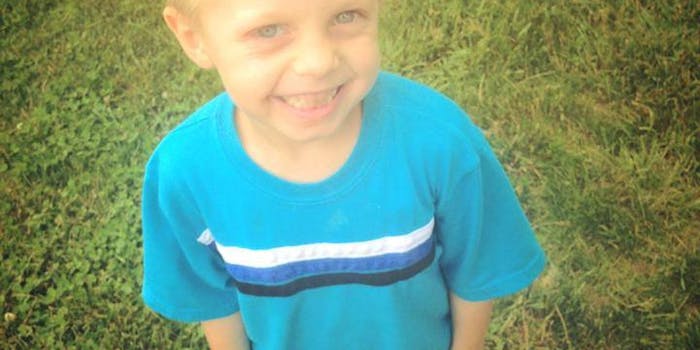 Little boy with cancers gets 100,000 cards, and much more, for his birthday

All Danny Nickerson wanted for his birthday was some mail; he got his wish, and then some.

Nickerson, who has an inoperable brain tumor, turned six on June 25, and has received over 100,000 birthday cards from strangers all over the world after the social media campaign #CardsForDanny went viral. Furthermore, the campaign caught the attention of Patriots owner Robert Kraft and earned Nickerson an invitation to watch the team practice. Kraft also gifted the birthday boy a custom Patriots jersey embroidered with “Danny” and the number “6.”

Danny’s special day also included cake, a parade, a custom miniature cop car, and serenades from the Boston Police Department and the Patriots, which Nickerson’s aunt Gail Chamberlin told CNN was “ the highlight of the day.”

Nickerson, who “loves, loves getting mail” and “seeing things with his name on it,” was diagnosed with Diffuse Intrinsic Pontine Glioma eight months ago,  an inoperable tumor that “grows like fingers into the brain,” according to Chamberlin. “It was very devastating to the family to find out there really weren’t any options.”

For now the chemotherapy treatments which Danny will have to undergo every two weeks have stabilized the growth of the tumor. “It didn’t grow and it didn’t shrink, so we were happy about that,” Chamberlin said.

She described the 8,000 boxes of mail the family have received as “a blessing … [it] gives Daniel something to look forward to each day.” It’s also been a happy distraction for the family.

“We are all praying it’s stable still,” she said. “No one really has lived past a year, we know we are on month eight,” Chamberlin said. But we don’t really talk about it and we hope there is going to be a cure.”

He’s having an absolute blast with everything,” his father Daniel Jamieson told WCVB . “He’s been smiling so much the last few week. It’s been absolutely beautiful.”