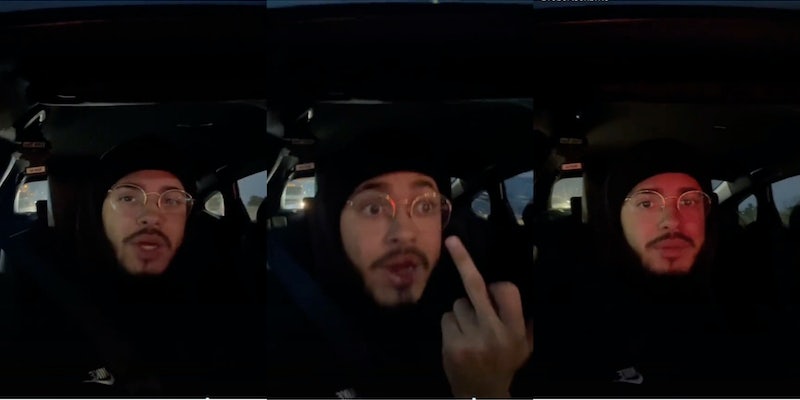 ‘Why is life so f*cking perfectly designed to be so f*cking hard?’: Worker says he can’t afford rent on pay day

Juggling work and the cost of living can be a lot even in the most normal of economic circumstances.

But record inflation and rising housing costs have currently pushed many to their limits. Leading some—particularly Gen Zers— to call out how detrimental the state of living paycheck to paycheck has been to their mental health.

One TikToker has even gone as far to post his thoughts to his 13,000-plus followers.

In a recent video that’s been viewed over 100,000 times, TikToker Robertson (@robertsonbrito) reveals how he’s “barely scraping by” and struggles to make enough to pay rent.

“I just got paid today, and I don’t even have enough for rent, again,” Robertson says. “I just sit here, and I fucking wonder. I so understand why people unalive themselves every single fucking day … Because why? Why? What’s the point of this? Why is life so fucking perfectly designed to be so fucking hard? Everybody’s like ‘Oh just be grateful, other people have it worse.’ I don’t give a fuck to hear that like honestly, bro.”

“No one’s ever going to understand how I feel,” Robertson adds. “Like I’m literally slaving away working my ass off, and I still don’t make enough for rent.”

@robertsonbrito, who appears to be 21, according to his TikTok bio, says he could move back home, but it’s likely he still wouldn’t make enough money to cover his expenses.

“I just want to be at peace,” he concludes.

According to a recent survey taken earlier in the year, more than 60% of Gen Zers feel like they’re living paycheck to paycheck, and nearly a third of Gen Zers are living at home with their parents or other relatives. About 32% of those who are not living at home are spending about half their monthly income on rent or mortgage, according to the New York Times.

Inflation—or a rise in prices amid a decline in purchasing power—can also have effects on mental health mainly due to financial stress and uncertainty.

Many commenters showed their support for Robertson, with some even saying they relate to how he feels.

“I had been there for the last two years and I’ve just broken through that pain to get to where I am now,” another commenter said.

Commenters were quick to call out what they saw as extreme insensitivity from TikToker Michael Heid, who has over 3 million followers, for criticizing c for implying he wanted to “unalive” himself.

“Man a lot of people might disagree with this but the fact you say you want to ‘unalive yourself’ cmon bro you’re 21 grow up and be an adult,” Heid said.

“Instead of saying ‘grow up’ and ‘be an adult’ and dismissing his feelings, how about listen and hear him out that it’s a struggle out here for [people right now],” a commenter said.

“You’re telling him to grow up? Have you seen YOUR videos,” another commenter said.