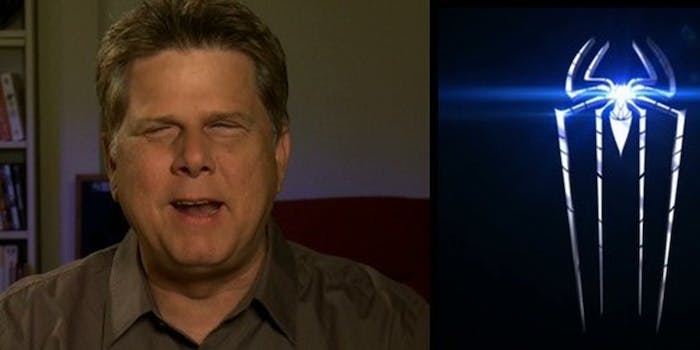 If you don’t think blind men can draw, watch this

In a new YouTube video, Tommy Edison, who has been blind since birth, answers the oft-asked question: “Can blind people draw?”

In a new YouTube video, Tommy Edison, who has been blind since birth, answers the oft-asked question: “Can blind people draw?”

Taking suggestions from his online audience, Edison uses a sharpie and computer paper to draw what he thinks a cat, a car, and his own face look like. He got suggestions on Twitter for more exotic fare—elephants, for example, or a rainbow—but he said he can’t draw things he’s never touched.

“Everything in my world is three-dimensional, everything I touch and experience, so it’s very difficult to imagine putting things onto a 2-D paper. It doesn’t make sense to me,” he says in the video.

Edison’s biggest problem seems to be, as it would be for anyone drawing with their eyes closed, remembering where his drawing left off. This makes his drawings look like Picasso doodles, with legs and ears and eyes in random places. It’s actually strangely artistic and interesting.

In a video about his life, Edison says he was born with underdeveloped optic nerves and that he used to be able to distinguish between light and dark but can’t anymore.

A former jazz radio DJ and traffic reporter, Edison is known online as the Blind Film Critic, as he reviews movies based on what he can experience of them—often, with a sense of humor. For instance, in his review of Twilight he says he doesn’t understand why all the girls go crazy for Robert Pattinson; he didn’t see anything attractive about him. He even has a popular Instagram feed where he shows others what he’s looking at, even though he himself can’t see it. The feed, which has more than 30,000 followers, includes photos of flowers and comments by fans letting him know how he framed the shot, “Great photo, Tommy. The flowers are very centered. Good job.”

You can watch all of Edison’s movie reviews here on his website.