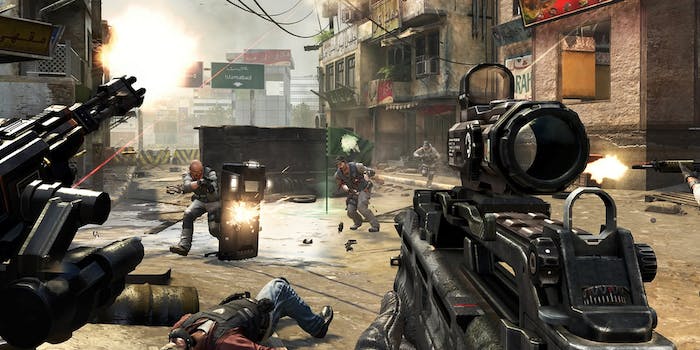 There’s plenty of guns and grenades in YouTuber iFlyILLINI’s latest video, courtesy of Call of Duty: Black Ops II, the latest installment in the shoot-em-up franchise. All that action, however, is a backdrop for an intimate confession, the story of a life gone wrong and a dream destroyed.

For much of his life, iFlyILLINI had aspired to be an Air Force pilot, joining an ROTC program in high school and taking on massive debt to study aviation at the college level before his training began. The $90,000 he owed would play a crucial part in the choice that ultimately closed that career path for him.

Though he was making some money as a Call of Duty commentator, racking up tens of thousands of views and developing a substantial YouTube audience as he churned out videos each night, financial pressures still weighed on iFlyILLINI, who otherwise had it made: He was engaged to be married and about to take the final step toward fulfilling a childhood fantasy.

This seemed an enticing opportunity to iFlyILLINI, who was desperate for any extra cash but today says he doesn’t know what he was thinking when he registered on the site. Inevitably, the CoD fandom found him out, setting off a minor scandal amid the community. Reddit threads about his new part-time job sprouted.

At this point, iFlyILLINI tells us, he decided to lie about what he’d done. He also posting a tongue-in-cheek “confession” video that deliberately dodged the issue, which made trolls even more eager to expose him to his family, fiancée, and commanding officers. Eventually, his relationship was detonated. After a lengthy investigation into “conduct unbecoming of an officer,” he was also discharged from the Air Force.

Following a months-long hiatus, though, iFlyILLINI reappeared on YouTube with “I’m Back,” a sort of inspirational montage, and now this video, “The REAL iFlyILLINI Story,” which he hopes will lay bare what he originally didn’t have the strength to discuss, and help others deal with “failure and the consequences of your actions.” He even has a new dream: to become an electronic music producer.

In which case, “Chaturbate” would make a great name for a 12” dance mix.