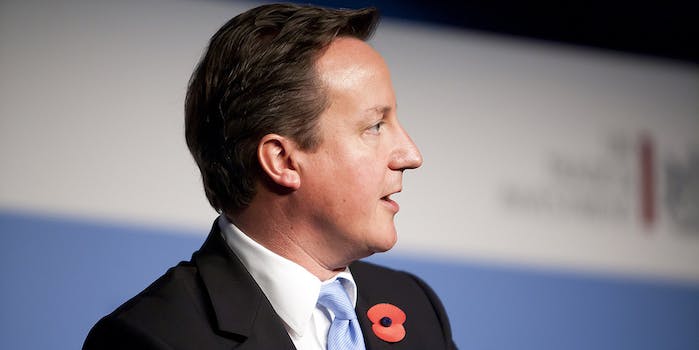 LGBT sites and sex-education forums are the two most obvious types of site sto be blocked by mistake, with a BBC investigation proving that one of the filters also blocks a domestic abuse crisis center on the grounds that it is “pornographic.” Similar reports are coming in regarding sites where people can research sex-related but nonpornographic topics such as STD prevention and support for survivors of sexual abuse.

Another accidental victim of TalkTalk’s filter was the official LGBT site for the Liberal Democrats—one of the two ruling parties in the U.K. coalition government. Even before the new filters were introduced, human rights advocates were concerned that LGBT-related content would be blocked as “inappropriate,” even when it wasn’t remotely sexual or pornographic. The censorship of things like the Liberal Democrat site is a worrying sign for people who already suspected that “porn filters” could easily develop into a way of blocking people from accessing information about LGBT issues. For many LGBT teens with unsupportive or homophobic parents, the Internet is the main way to find information and support while they are still living at home. Some people are already describing the content filters as “Section 28” for the 21st century, an old U.K. law that discouraged educators from discussing LGBT issues in front of their students.

Apart from the ethical concerns raised by the new content filters, some eagle-eyed Twitter users have also noticed a glitch in the filter run by Sky Broadband. Essentially, you can type any site into this URL and make it look as if Sky is blocking it as inappropriate material. Here it is, appearing to block the Daily Dot for pornography, criminal skills, drugs, violence, gore, and hate.

BT (British Telecom) seems to be similarly vulnerable. Obviously this isn’t a serious glitch because it doesn’t actually block every site you type into the URL, but it’s certainly indicative of the oddly hurried approach to the U.K.’s new censorship plan. For some of the main ISPs, the filters have only been running for a few days, but that’s still enough time for users to notice the many innocuous sites that are wrongly blocked as inappropriate content.

It’s already evident that the filters are failing to do their job correctly (or even uniformly across the various different ISPs), but the question is, should they be doing that job at all? Is it really a good idea to characterise Internet content as a simple choice between “safe” or “inappropriate”? When first signing up with a new ISP, many users are likely to choose the filters as a net nanny service for their children, but the BBC’s recent tests have already proven that some of the filters are far from effective in that regard.

Luckily for some, there is already a proxy service that can be used to bypass the content filters. Go Away Cameron is a new Google Chrome extension adapted from Singapore’s “Go Away MDA,” which allowed Singaporean users to circumvent blocked content such The Pirate Bay. Go Away Cameron has already shot to the top of Reddit after less than a day online, and will presumably be very useful to anyone who doesn’t have access to the parental controls on their own Internet connection. As Go Away Cameron’s creator explains in the site’s FAQs, “This will work anywhere, and with any websites that are blocked by firewall, universities, workplaces, nanny filters, or well, censorship.”

By early 2014, the main British ISPs will all have their new content filters in place, at which point a £25 million advertising campaign will be rolled out across the country. Considering the number of glitches that have been uncovered in just the past few days, it seems like that campaign may involve a fair amount of damage control.