Caramel, a Chihuahua mix, is in a tough spot right now.

As if finding out their home had been burglarized wasn’t bad enough, the Taylor family of Essex, England, faced even worse news when they realized that their dog, a small Chihuahua mix named Caramel, had been stolen along with household property.

Little Caramel entered the Taylor family as encouragement for their eight-year-old daughter Lexie to be more active to relieve the symptoms of her juvenile arthritis.

“Caramel and Lexie went everywhere together—they were inseparable,” Lexie’s mother Tracy told The Telegraph. “Lexie has bonded with Caramel from day one. The minute she could walk she would follow Lexie everywhere. Some people will say it’s just a dog, but she’s part of our family.” 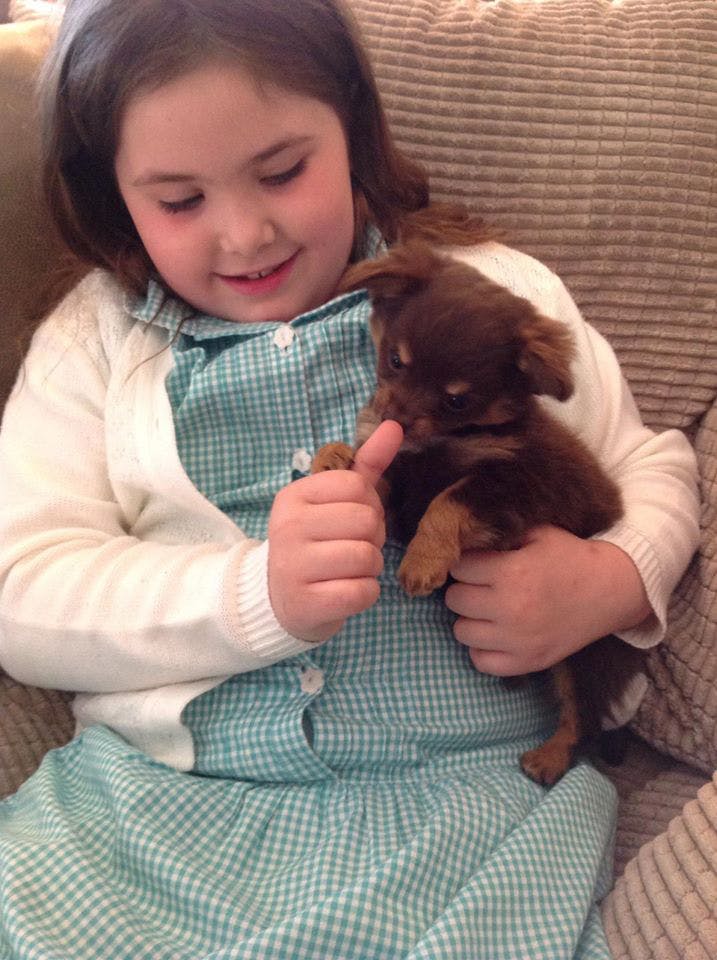 Caramel is not a healthy puppy, unfortunately. The four-month-old dog was born with a tumor on her forehead and an umbilical hernia, for which she had been receiving veterinary attention. Her well-being is doubly threatened now that she is in the hands of a thief.

The Taylor family told the Metro newspaper that the dog has already missed an appointment at the vet and is not likely to survive without an operation on the hernia.

There is little evidence pointing to the thief’s identity. Authorities know that he was a teenage boy and that Caramel was later offered for sale in a pub, but that’s as far as they’ve gotten so far.

In the meantime, the family is spreading the word through a Facebook page that has over 15,000 likes. Their updates are often little more than reminders that Caramel is still missing and at risk.

It’s a noble effort to mobilize as many people as possible to keep an eye out for an adorable dog. The Internet watches with bated breath for any news of Caramel’s safe return.