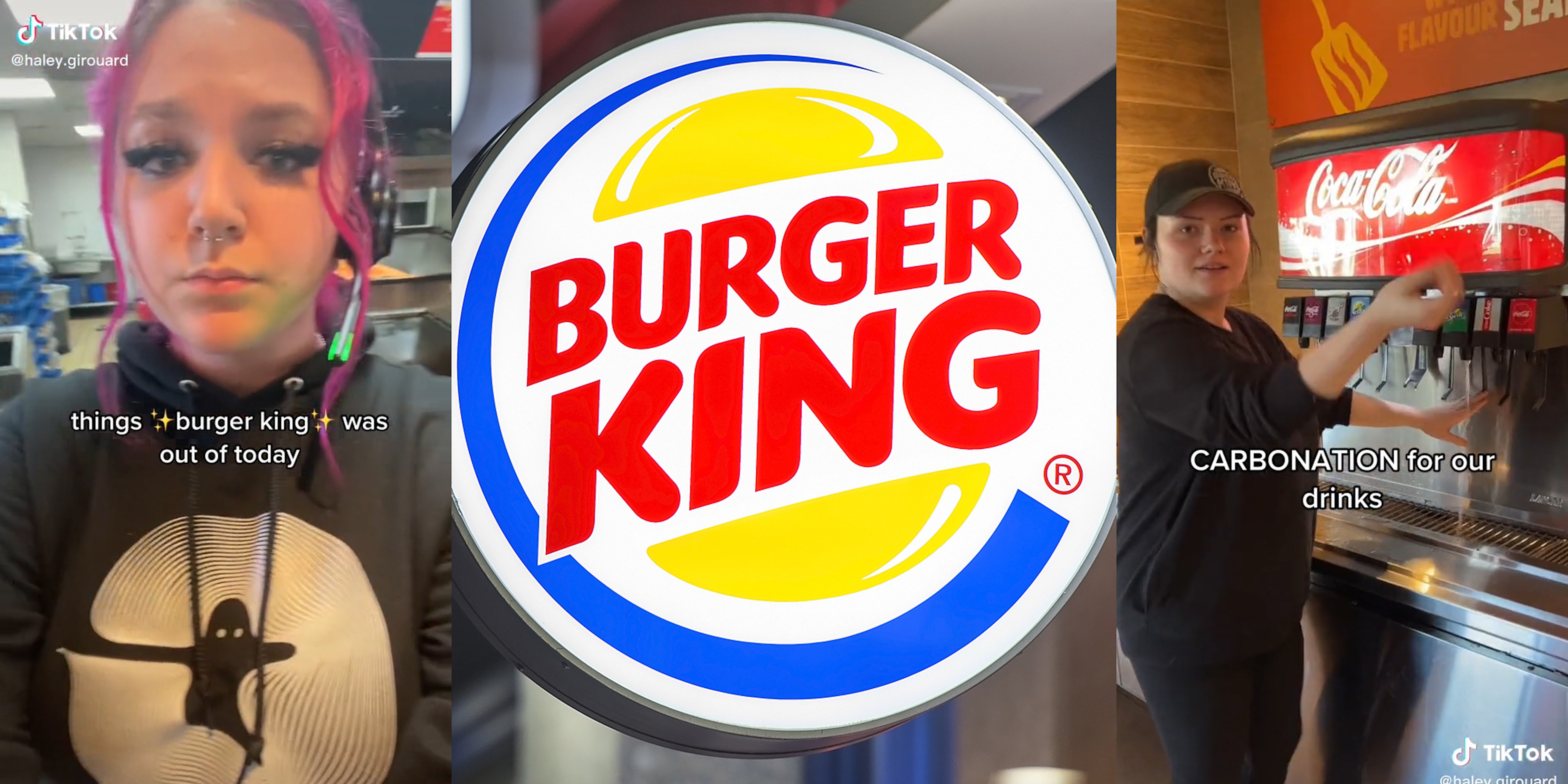 ‘Just close the damn restaurant at that point’: Burger King worker says store ran out of everything, including carbonation

'Whoever did y'all's truck order prolly should not do it again.'

A Burger King worker shows all of the items that their store ran out of in a now-viral TikTok, including carbonation for the store’s beverage machine.

In the video posted by TikToker Haley (@haley.girouard) on Oct. 16, she films her co-workers showing off all of the missing essentials, like eggs, onions, burger wraps, mustard, and more. The text overlay reads, “things Burger King was out of today.”

The caption reads, “Don’t ask me how we ran out of carbonation I don’t know either.”

@haley.girouard don’t ask me how we ran out of carbonation i don’t know either #burgerking ♬ Che La Luna – Louis Prima with Sam Butera & The Witnesses

The video has reached over 32,000 views as of Monday, with commenters blasting the store’s management for not ordering more products.

“I’m sorry but like, y’all’s manager sucks,” a commenter said.

“Whoever did yalls truck order prolly should not do it again,” another wrote.

“Just close the damn restaurant at that point. Whoever handled ordering products needs to lose their job, because that’s some bullshit,” a third suggested.

Others said their Burger King store locations also frequently run out of ingredients.

“So my bk isn’t the only one constantly out of basic things,” one user wrote.

“My first job was at burger king and we ALWAYS had problems with the foundation drinks,” another said.

“BK was lowkey my favorite job but we were always ran out of fries and ranch,” a third added.

In a comment, Haley says that the store was “also out of fish, large bags, apple and orange juice, large and small chocolate milk, and strawberry jam.”

The Daily Dot reached out to Haley and Burger King via email.