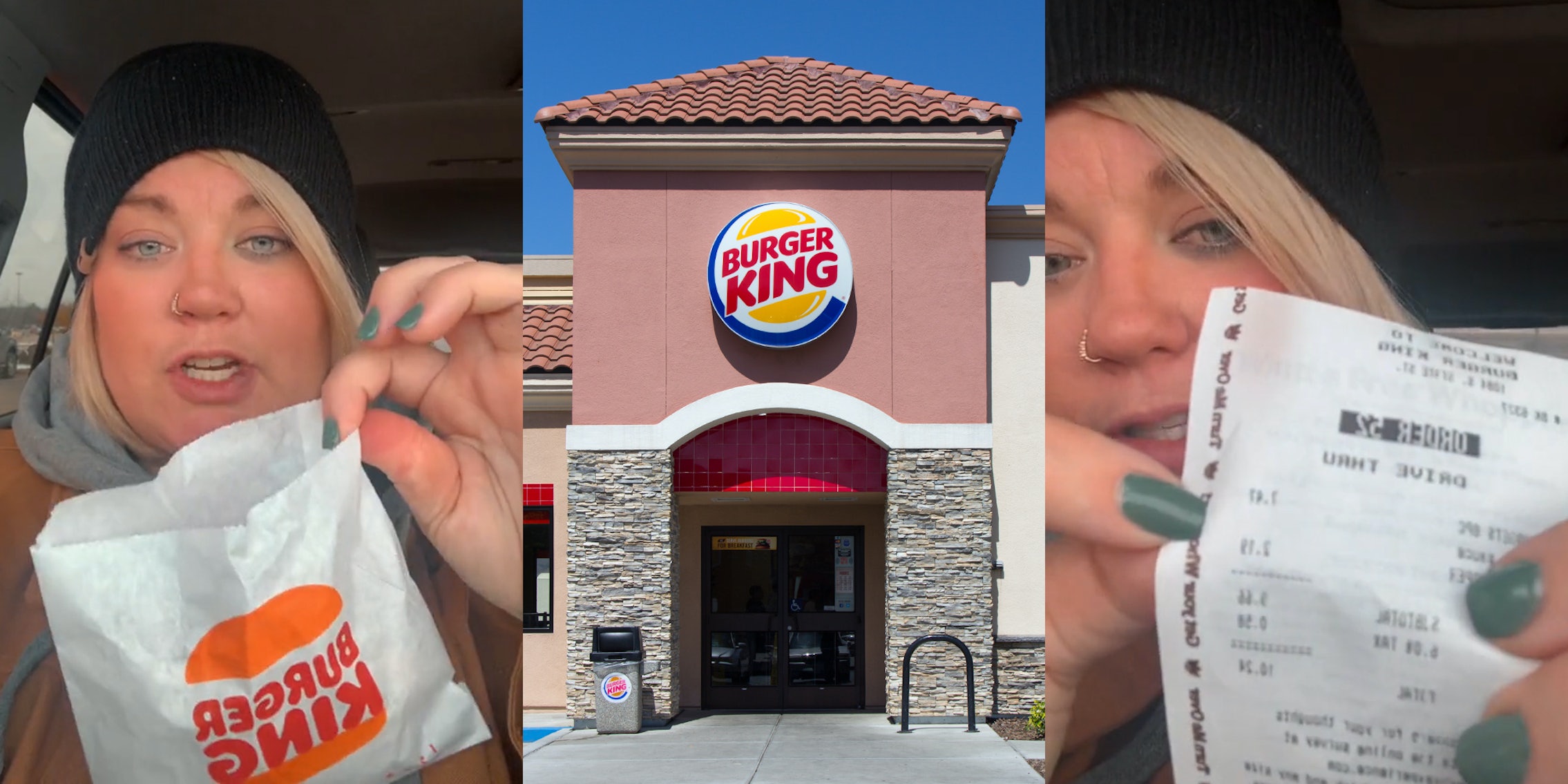 A Burger King customer, @justanothernurse1 on TikTok, shared a warning on the platform after she said she was charged a price for chicken nuggets that was different from the rate advertised at a Burger King location she frequented.

“Guys, please check your receipts,” the TikToker urges. “Literally just went to Burger King, got my kids some chicken nuggets. … It says that the eight-piece chicken nuggets is a $1.99, which is, by the way, 50 cents more expensive than it was last summer. They charged me $7.47 for 3. Now, I’m not a mathematician, but $1.99 times three is not $7.47, so I called them and I said, ‘Hey, it’s ringing up more expensive.'”

She said that their response was, “‘Oh, well, corporates changing the price. I have no authority over that,’ and I said, ‘OK, well, I’m coming back for my refund, and she goes, ‘I guess I’ll give you your 50 cents back,’ and I was like, ‘Damn straight you will. Damn straight you will,’ and it’s ridiculous that a price of chicken nuggets is going from $1.50 to $2.50 in less than a year.”

Fast Food Price currently lists Burger King’s 10-piece chicken nuggets item at $2.49 each. The fast-food chain made waves in 2020 after offering 8-piece nuggets for only $1, which soon became one of the chain’s most popular offerings.

However, that low price seems to have been part of a “draw-in” promotion in order to get folks to come and potentially spend money on other items in the store that would yield higher profit margins. Burger King is now selling 10-piece nuggets for $2.49, according to Fast Food Price; however, @justanothernurse1 stated the franchise she frequented charged that amount for eight.

Due to supply chain issues, and the overall increased cost of labor post-COVID, many businesses experienced a surge in prices, fast-food restaurants included.

TikTokers who saw @justanothernurse1’s post had a variety of different opinions. Some thought she was being petty for getting upset over 50 cents, while others said that it was unfair of the business to advertise the nuggets at one price and then charge another, stating that it was the principle of the matter.

There were also others who stated that it seemed like there was a discrepancy between chicken nugget pricing at different Burger King locations; one commenter remarked that an eight-piece cost $3.79.

“If the menu board said 1.99 I don’t care what corporate is doing. I’m not paying more than they advertised,” one argued, putting themselves in @justanothernurse1’s place.

The Daily Dot reached out to @justanothernurse1 via TikTok comment and Burger King via email for further information.