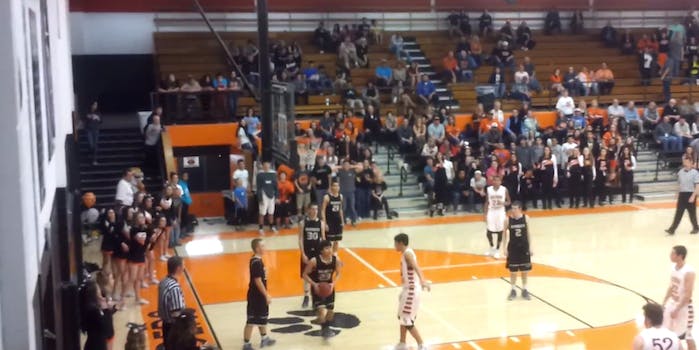 Despite all of the competitiveness, there’s still plenty of sportsmanship in high school sports.

The Guymon Tigers were down by more than a dozen points in the last game of the season on Feb. 18 when Bryton Aubrey received the ball with just seconds left on the clock.

A special-needs student and Guymon’s Homecoming king, Aubrey has played and scored a few three-pointers on the JV team in prior, but this is Senior Night, likely the final game of his career.

Bryton tries out his signature shot and misses. A member of the opposing team grabs the ball. But instead of taking the ball back to his net, he tries a different approach.

Some might see the move as patronizing, but for Bryton, it meant the world—and it’s something for which he’s worked harder than many of his teammates.

“We are so proud of him through his display of determination, character and persistence making every practice possible, going lift weights or shoot around 6am practicing 6 days a week knowing he would only play a minute or two if he even got into the game and most games he didn’t have opportunity play at all this is truly admirable,” Bryton’s father wrote on YouTube.