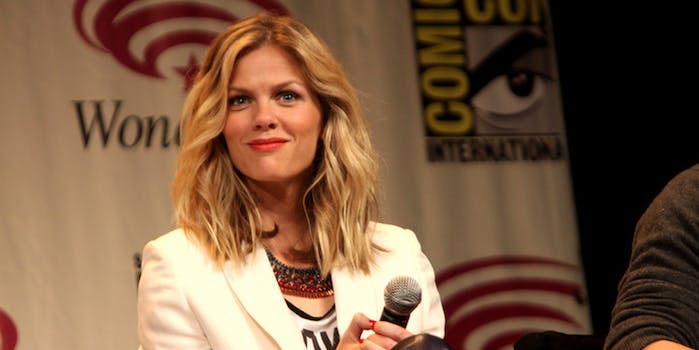 Wine and crying are a necessary part of the process.

Even if you’re a model, sometimes pumping both literally and metaphorically sucks.

In a tweetstorm on Wednesday, model, actress, and new mom Brooklyn Decker explained that she was stuck on an airplane that was having mechanical issues and needed to pump. When, after a two-hour delay, passengers were told they could finally deplane, Decker took the opportunity to pump in the airport bathroom. But when she returned, she was told she could not re-board.

Me: run to pump because we're already delayed almost 2 hours. I pump in bathroom. Return to gate. Plane is there..

Decker, who was away from her baby for the first time, grabbed some wine in the airport in order to wind down from the ordeal.

WHO LETS PASSENGERS OFF, THEN CLOSES THE GATE SHORTLY AFTER?!? *GULPS WINE* MISSES BABY *SOBS*

In her very justified rant about the pains of parenthood and pumping, Decker noted:

Crazy thing is I got off to pump thinking "I don't want to offend the guy next to me" But why? He probably sucked a boob too. #winemusings

As women and as moms we try to do it all but it sure ain't easy.