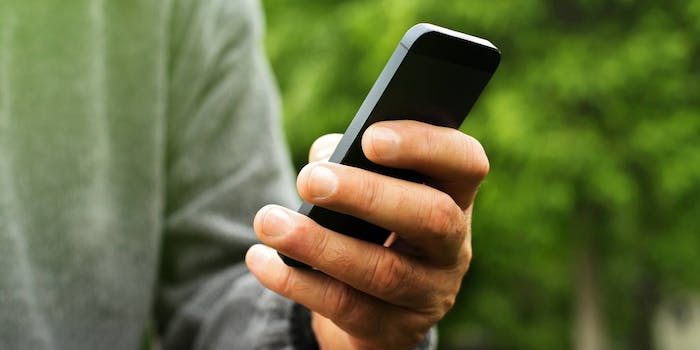 Where is the photo of Brock Turner’s victim—and why do we want it?

According to a GroupMe engineer, the photo wasn't deleted.

It appears that police have still been unable to recover a photo of the victim that Brock Turner allegedly sent members of his swim team. According to Brock Turner’s sentencing memo, police saw a message on Turner’s phone in the group texting app GroupMe, asking, “Who’s tits are those?” Police said they were unable to find the photo because it had been “deleted by a third party member in the group.”

However, according to a former GroupMe engineer, the photo may still exist.

After running the original story, the Daily Dot was contacted by a former GroupMe software engineer (who wishes to remain anonymous), saying that “deleted” is not quite what happened to the photo. Users can’t delete messages, but instead can “clear chat history,” which has different consequences.

“GroupMe stores messages using a popular cloud service called DynamoDB, which is run by Amazon Web Services,” he explained. “As far as I know, the code base has not implemented a way to delete messages, so when a user clears the chat history, she is basically saying that any messages prior to the time of clearance should be made invisible.”

Individual users cannot recover cleared messages, but engineers at GroupMe with access to the message tables, or someone given permission by the company (which is owned by Microsoft), would be able to.

On top of that, the photo may actually be publicly accessible—to anyone with the right URL. “The URL to an image in GroupMe can be seen by anyone,” said the source. “That said, the URL is a long string of random characters—not easy to find the right images but not technically impossible.”

The Daily Dot has reached out to both GroupMe and the Stanford University Department of Public Safety, whose officers arrested Turner, to see if either has made an attempt at recovery, but haven’t heard back as of this posting.

Having an image of the victim (which Turner appeared to text to his friends with the caption “Bonessss”) would not change Turner’s sentence. However, one cannot help but wonder what would have happened if it had been evidence. Would the victim’s testimony have carried more weight? Would the judge have had less sympathy for Turner’s future, with photographic proof of the violence he was capable of?

These are the questions we have to ask, because this is what hinges on photographic “proof” when a victim’s testimony is not enough. When all the other proof—witnesses, rape kits, a jury’s conviction—still results in what feels like too short a sentence, the hope is that there’s something out there that would bring about justice. The photo may still be out there, but we don’t need it. What we need is a culture that believes victims, photographic evidence or not.