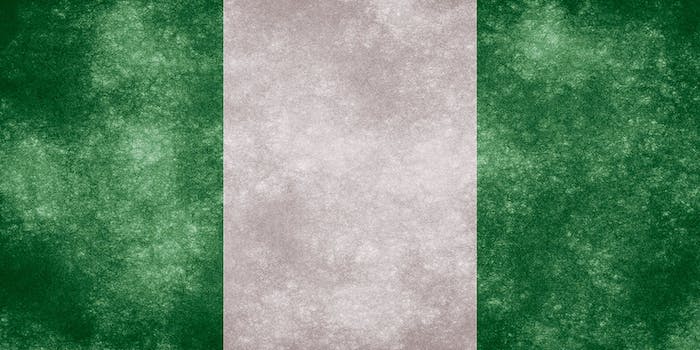 To mark International Women’s Day, two charities and the Dutch government have launched the campaign #FutureForOurGirls to show solidarity with the Nigerian women and girls kidnapped by radical Islamist group, Boko Haram.

When 276 schoolgirls were kidnapped in the Chibok area of Nigeria in April 2014, the #BringBackOurGirls movement made waves worldwide, with even Michelle Obama joining the international demand to return the girls to their homes and families.

Fifty-seven girls are estimated to have returned, but sadly, their re-integration into their communities has not been smooth. UNICEF, International Alert, and the Dutch Ministry of Foreign Affairs today launched #FutureForOurGirls by marching in The Hague—home to the U.N. International Court and a place symbolic of human rights—to urge more support for the returned women and girls.

According to a report by International Alert, women and girls who do return often face stigma: “Many people view these women, girls and their children as a direct threat, fearing that they have been indoctrinated and radicalized [by Boko Haram].”  The report also states that, rejected by their families, some women and girls have had to do sex work in order to support themselves.

At today’s march Harriet Lamb, the CEO of International Alert, emphasized the need for practical support to help the women and girls rebuild their lives: “We have to make sure these girls get our empathy, but also education and livelihoods.”

Many girls and women report experiencing physical and sexual violence in the Boko Haram camps, yet rape victims are still often stigmatized in cultures where women’s value is still tied to virginity. One 17 year-old escapee, who had been forced to marry a militant and was now pregnant with his child, told the BBC her community rejected her on her return. The International Alert report describes how children of rape victims were viewed as “tainted” because they were fathered by Boko Haram militants, and referred to as “snakes.”

Jan Bouke Wijbrandi, director of UNICEF Netherlands, commented in a press release: “The violence against girls and women in Nigeria is a severe violation of their rights. This must stop. UNICEF is doing all we can to help the victims recover by supporting them in their return to their families and communities, providing psychosocial support and medical care.”

Photo via Nicholas Raymond/Flickr (CC BY 2.0)