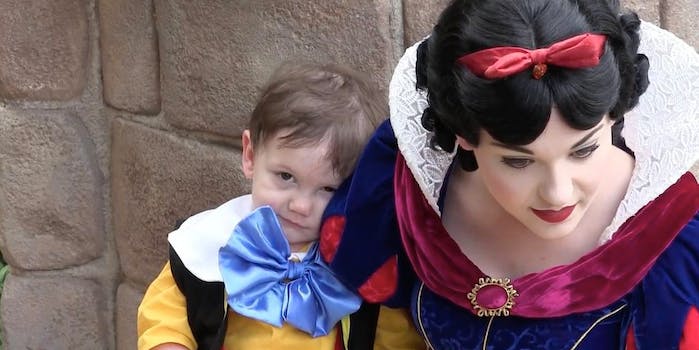 2-year-old with autism falls in love with Snow White, and it’s the sweetest thing you’ll ever see

If you have ever been to Disney World, you know how magical it can be. For Jackson, a two-year-old boy who has autism and is nonverbal, it is also a place to fall in love for the first time.

In November, Jackson went to Disney World with his family. While walking thought the park, he met Snow White. Luckily, his mom was there to capture the moment.

After a moment, he warmed up and gave Snow White a smile that would melt an evil queen’s heart.

Amanda Coley, Jackson’s mom told The Huffington Post, “It was so amazing to have him react in this way to somebody and to see him smile and gaze at her. I have never seen him do this to anyone outside of his brothers, his dad, and myself.”

Jackson, you give us hope that love is real.