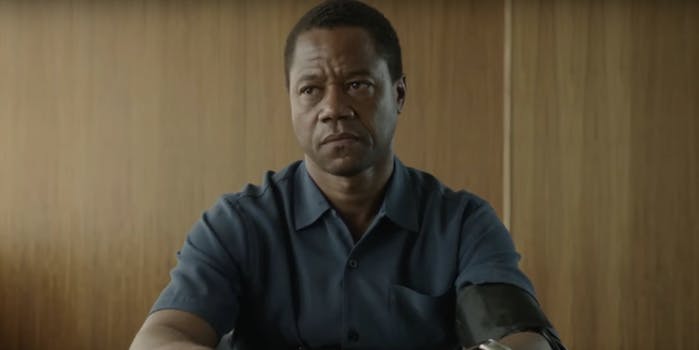 When I was just a wee lad at the tender age of 10, I was most concerned with my Yu-Gi-Oh cards and what Pokémon I was going to train up next. Meanwhile, this extremely woke boy is laying down truth bombs about how screwed up the criminal justice system can be.

Twitter user @NaomiYitna posted a video of the young whiz explaining that the system highly favors people with tons of money that can effectively pay their way out of jail. He does all this and then turns to his favorite show to help illustrate his point, American Crime Story: People v. O.J. Simpson.

The video, which was posted on Friday morning, has racked up over 48,000 retweets and 56,000 likes as of Saturday afternoon.

In a string of tweets, Yitna gives a little more context about what’s going on. Here they are consolidated:

Many news articles are writing about the video I posted and the story is getting a little twisted so here’s the story… I am a part of the debate program at my school and with this program we decided to go to a nearby elementary to teach the kids about debate. Once I got there I realized that one kid stood out and mesmerized me. I was so astonished and amazed by his knowledge over topics most 10 year olds wouldn’t be educated over. He caught me of guard with his intellect so during a mini debate against him, which was about whether the death penalty ought to be banned in the U.S., he argued that it should be banned and simply used OJ Simpson vs. The People as a reference. He’s very brilliant minded and far beyond his age, and I look up to him for it. It was an honor to be able to mentor him, along with my debate team.

The initial video gets cut off, so here’s the ending of his speech:

It’s been a good week for the youth, between this boy and the 9-year-old reporter who made headlines for being so enterprising. These kids would totally annihilate on Are You Smarter Than a 5th Grader.