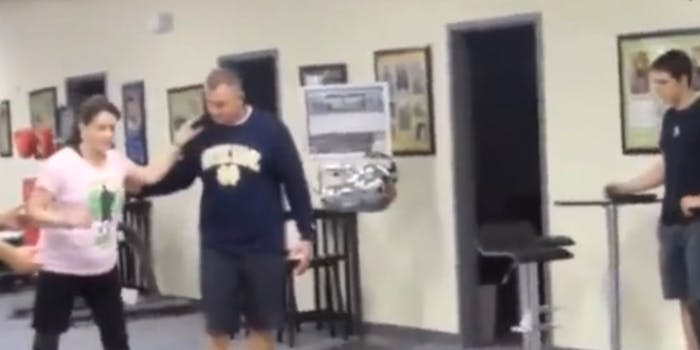 This mom lost her legs in the Boston Marathon attacks, and now she’s running again

To top it off, she went rock climbing.

Celeste Corcoran lost both of her legs at the Boston Marathon bombings in April 2013. Last week, reports WCVB, she was fitted with new prosthetic legs and running blades that allowed her to run and swim for the first time in almost a year.

To top it off, she went rock climbing.

Corcoran, a Lowell, Mass., native, is completing her recovery at the Prosthetic and Orthotic Association in Orlando, Florida.

Corcoran’s daughter, Sydney, was also nearly killed in the attacks. Celeste credits her with playing a key role in her recovery.