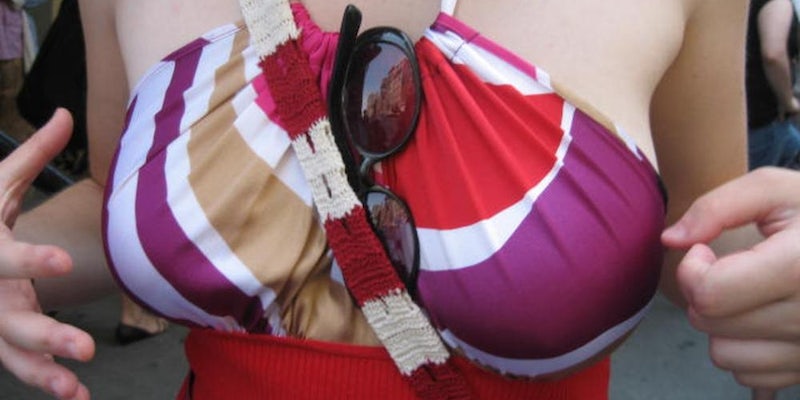 And you thought the ice bucket challenge was silly.

Remember how last week everyone was criticizing the ice bucket challenge on the grounds that it trivialized ALS research? Well, stop naysaying, naysayers, and take a trip on over to Japan, where a group of adult performers are raising money for HIV/AIDS research by getting their ta-tas squeezed for 24 hours.

That’s right: As part of an event loosely translated as “Boob Aid,” nine Japanese adult performers are asking fans to donate money to HIV/AIDS research for a 24-hour boob-squeeze-a-thon. Doesn’t just thinking about that make you wish for an ice pack and a fistful of Motrin? (Video here is in Japanese and fairly SFW, thanks to a bunch of strategically placed graphics.) 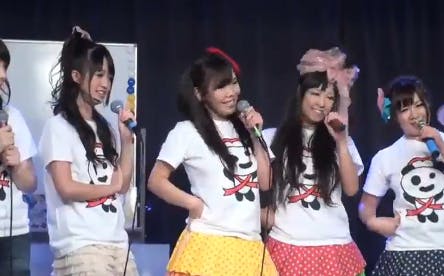 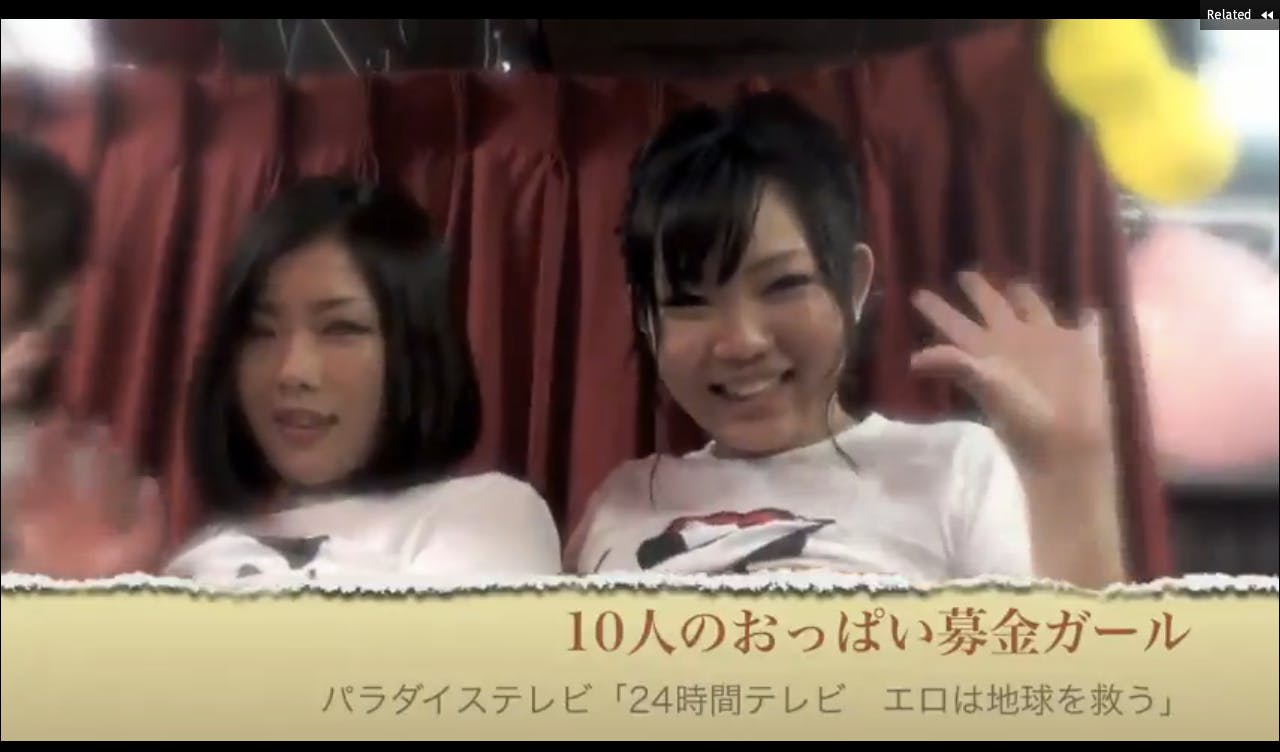 According to news.com.au, the 12th annual Boob Aid will feature well-known Japanese AV (“adult video”) stars, who’ll ask fans to cop a feel in exchange for donations to the Japan Foundation for AIDS Prevention. The event will kick off at 7pm EST Saturday, and will be livestreamed online and broadcast on Japanese adult cable television.

Although one would think that the women would be apprehensive about having their naughty bits groped by strangers for 24 hours straight, that appears not to be the case.

“I’m really looking forward to lots of people fondling my boobs,” adult performer Rina Serina, one of the nine AV stars appearing at Boob Aid, told Tokyo Sports. “But I would be very happy if you would please be delicate.”

Unsurprisingly, not everyone is as excited for Boob Aid as Rina Serina is. In its writeup on Boob Aid, News.com.au hints that the event is representative of the “deeply entrenched sexism” in Japanese society, adding that Boob Aid will be held shortly after an incident in the Tokyo assembly where lawmakers taunted a female assemblywoman with sexist chants such as “Why don’t you get married?”

While it’s true that lining women up and asking them to have their breasts groped for AIDS research doesn’t exactly represent the apex of modern feminism, Boob Aid is from the only instance of women’s bodies being sexualized in the name of charity. The Save the Ta-tas breast cancer awareness campaign has been drawing ire from feminists for years, and just last year the YouTube channel Simple Pickup was lambasted for a video that showed women being “motorboated” to raise money for breast cancer research.