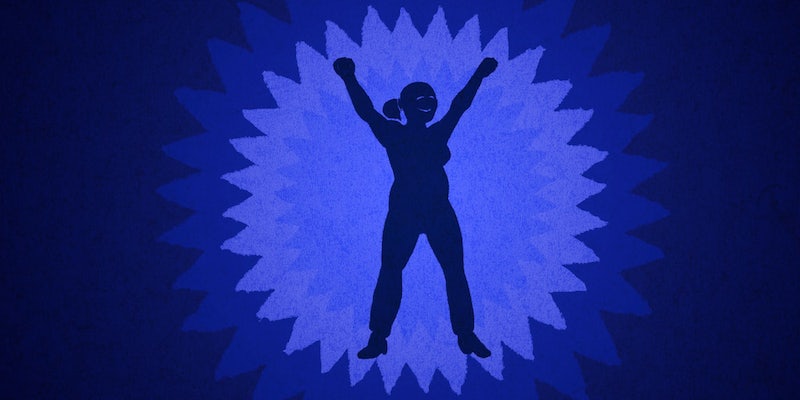 Why 2015 was a good year for body positivity

It might not have been perfect, but there's a lot to celebrate.

The clearest way to see how our concept of the “ideal body” evolved is to look back on previous decades and generations. Looking back this year, however, we can see great strides during a smaller demarcation of time. 2015 was a year of increased visibility for a more diverse array of bodies in the glossy pages of magazines and on the runways of fashion weeks—fuller female bodies, men’s bodies, trans bodies, differently-abled bodies, young bodies, old bodies, and others in between.

Here’s what we’ll remember about the body positivity movement in 2015—as well as the times we seemed to be taking two steps back:

If you want a sign that pop culture is becoming more inclusive of all body sizes, look no further than Ashley Nell Tipton, the first plus-size winner of Project Runway. After 12 seasons of winners who designed “straight” sizes, 24-year-old Tipton showed judges and fans in season 13 that couture and plus-size clothing can be one in the same.

2015 was also the year the body positivity movement made waves at TED. In a powerful TED Talk, model and activist Ashley Graham challenged whether the term “plus-size” should even exist. In her talk, she parsed how the fashion industry divides women into categories by body type, and explained that even though most women are technically “plus-size” (12/14 and up), that market is still considered niche. “The fashion industry might persist to label me as plus-sized,” said Graham. “But I like to think of it as my-sized.”

Of course, it’s not all good news: 2015 had its moments of hurtfulness and offense as well. Perhaps most notably, self-proclaimed comedian Nicole Arbour posted a video in September called “Dear Fat People” that equated the fat-acceptance movement to “assisted suicide.” The video was briefly taken down from YouTube for being offensive, but was put back up and has nearly nine-million views. (Arbour has since explained it was all just a marketing ploy.)

A group who call themselves “Project Harpoon” also made a point of attacking larger bodies. Their weapon of choice? Taking photos of women and Photoshopping them to look thinner. Project Harpoon spread their message via the hashtag #ThinnerBeauty and via their own subreddit.

While it might be impossible to ever remove hate and shame from the Internet—and from our own minds—there are more visible role models than ever encouraging us to not worship the bodies we see in advertisements, but the ones we see in our own mirrors.

Amy Schumer did it this year. Maybe next year, it’ll be you.