Actress and comedian Amy Schumer shared an intimate portrait on Monday that showed her seated, topless and holding a cup of coffee, for the annual Pirelli calendar. The bold photo, shot by the legendary Annie Leibovitz, inspired Lauren Marie Fleming—so much so that she decided to recreate it herself. 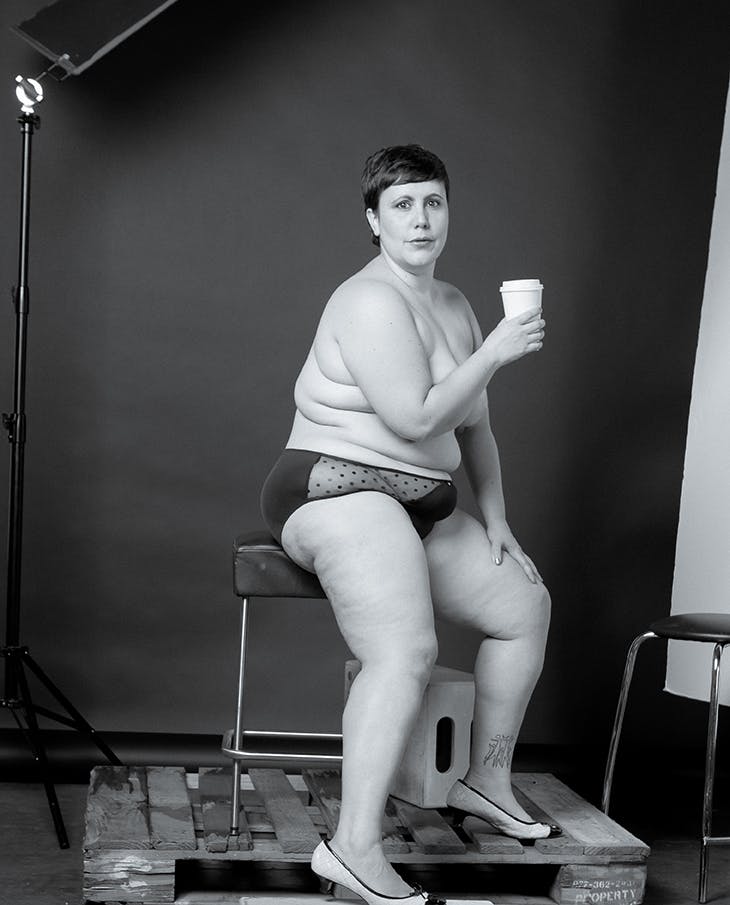 Fleming is a body-positivity activist who just published the book Bawdy Love: 10 Steps to Profoundly Loving Your Body and hosts a podcast called Bawdy Love. She was already scheduled to do a photoshoot in honor of her book, and once she saw Schumer’s bare-all portrait, she knew exactly what she wanted to do with the studio time.

This was hardly the 33-year-old’s first time posing nude. She first did it while studying abroad in Italy, and since then has modeled, danced burlesque, and been publicly nude. But this time, she said, was different.

“With the exception of that very first art session [in Italy], I can’t remember ever feeling as nervous as I did trying to recreate Amy Schumer’s pose,” she told the Daily Dot in an email. “First off, photographer Bob Williams and I admire both Amy Schumer and Annie Leibovitz for their talent, wisdom, and grace, so we had to wrestle our own feelings of inadequacy to even feel worthy of recreating their now iconic image.”

Fleming grew up struggling with feelings of physical inadequacy, being told that her “fat body was something shameful that needs to be covered up.” But she’s not covering up anymore. She spent three hours with Williams, a high-end fashion and fitness photographer in Oregon, trying to get the best shot. In fact, they spent so long focusing on this recreation that they never got to the book promo shoot.

Fleming’s connection to Schumer’s photo went beyond aesthetics. Her new book, she said, is “all about viewing yourself and your body holistically, seeing your perceived flaws not as something to hide or something for which you constantly need to apologize, but something to embrace as a part of the beautiful human being you are.” It asks readers to analyze different words that are often used to describe our bodies and think about the power we give them. That’s why Schumer’s caption— “Beautiful, gross, strong, thin, fat, pretty, ugly, sexy, disgusting, flawless, woman”—really resonated with Fleming.

“Amy’s caption below the photo showed that the words we use to lift her up or break her down are all there together, a part of the whole human being she is,” she said.

So what’s Fleming’s main piece of advice about feeling bold enough to celebrate your body, no matter what it looks like? “You are not alone,” she said.

To that end, she started the #BawdyLove Facebook group, an online community for people to celebrate their body differences.

“I’ve never been more proud of a photo I’ve taken,” she said of her new portrait, “if only because taking it took me completely out of my usual comfort zone.”