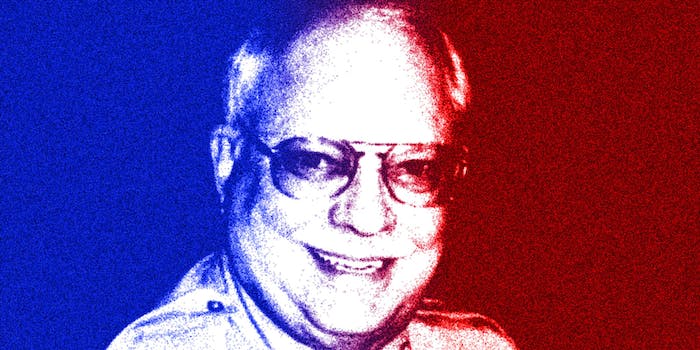 Bob Bates reportedly confused his gun for a Taser.

The reserve deputy police officer who shot and killed an unarmed black man in Oklahoma has been charged with second-degree manslaughter.

Bob Bates, 73, owns an insurance company and was on his regular volunteer duty with the Tulsa County Police’s Violent Crimes Task Force when he shot 44-year-old Eric Harris, according to Tulsa World.

According to a police release, Bates pulled out what he thought was a Taser to shoot Harris but shot him with a pistol instead. Officers in the department have defended the mistake. Department spokesperson Sgt. Jim Clark has referred to it as an incident of “slip and capture,” meaning he made a mistake in a highly stressful situation. Sheriff Stanley Glanz compared the incident on Monday to a surgical mistake.

“How many errors are made in an operating room every week?” he asked.

Bates served as chair of Glanz’s 2012 reelection committee and personally donated $2,500 to it.

“Oklahoma law defines culpable negligence as ‘the omission to do something which a reasonably careful person would do, or the lack of the usual ordinary care and caution in the performance of an act usually and ordinarily exercised by a person under similar circumstances and conditions,’” Tulsa County District Attorney Steve Kunzweiler announced in a press release.

A police camera recorded Harris’s capture, and the video went viral. When Harris complains he’s unable to breathe, one officer responds “fuck your breath.” Harris died about an hour after reaching a hospital.