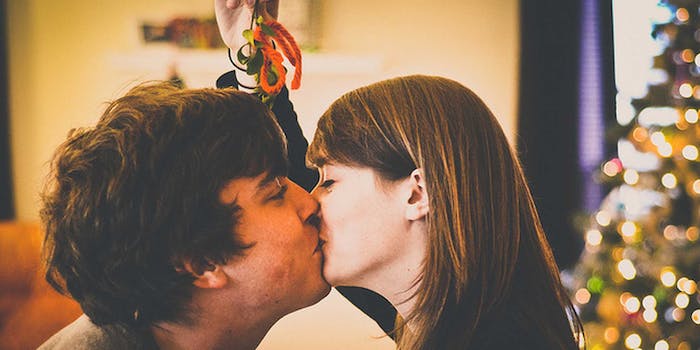 Bloomingdale’s just admitted this holiday ad was ‘in poor taste’

Many said it was too suggestive of date rape.

The Bloomingdale’s Friends & Family sale is going on right now, but the store’s winter catalog has a suggestion for something else you can do for your friend this holiday season—and it sounds a little date rapey.

A photo of the catalog page in question was shared on Imgur, depicting a man looking at a woman with the text “spike your best friend’s eggnog when they’re not looking.”

It should go without saying, but adding alcohol to a person’s drink without their knowledge can be considered date rape. It doesn’t matter whether that person is a “best friend,” like it says in Bloomingdale’s ad copy, or whether that person is a romantic partner. While the ad make not mean to imply that the man plans on raping the woman, one couldinfer that he hopes to at least catch her beneath the mistletoe when she’s three jugs of ‘nog-deep.

Or don't and quit being a creep… #Bloomingdales pic.twitter.com/Liu8DKMMnP

Wrong on so many levels. Shame on you #Bloomingdales! https://t.co/FJat19QtMe

Following an outcry on social media about the ad, Bloomingdale’s provided a comment to Tech Insider about the off-color sentiment. “In reflection of recent feedback, the copy we used in our recent catalog was inappropriate and in poor taste. Bloomingdales’ sincerely apologizes for this error in judgment,” a brand representative said. The brand also responded online with a tweet:

We heard your feedback about our catalog copy, which was inappropriate and in poor taste. Bloomingdale's sincerely apologizes.

Bud Light was in similarly hot water recently for a label on its beer that read “The perfect beer for removing ‘no’ from your vocabulary for the night.” The tagline was meant to go along with the “Up for whatever” campaign, but it was widely condemned for encouraging rape by intoxicating someone first.

Advertisers: if there is a lesson to be learned here, it is that if your copy sounds even the slightest bit rapey, you need new copy.