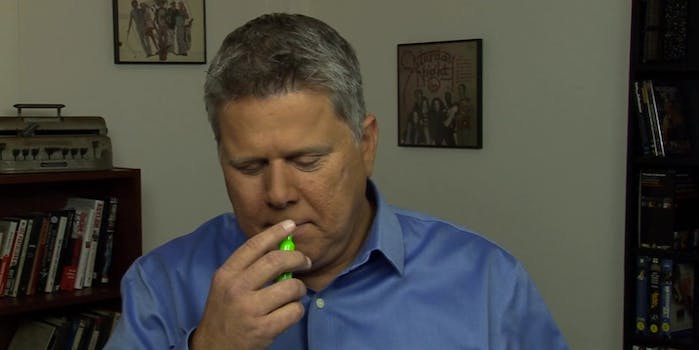 Watch a blind man guess the colors of scented markers

Tommy Edison, YouTube's Blind Film Critic, offers an inside look at what it’s like to live without sight.

YouTube’s Blind Film Critic has never seen color, but now he’s been challenged to guess what they’d smell like.

Tommy Edison offers an inside look at what it’s like to live without sight, and he often takes challenges from his viewers such as trying to draw animals he’s never seen. This time, he’s been tasked with trying to guess the marker color based on a pack of scented markers.

The markers, of course, are made to smell like a food that’s associated with that particular color. Yellow is lemon, etc. But if you can’t visualize the colors or the food, it turns out to be more difficult than it looks.

And no matter how good your nose is, if you sniff enough markers everything starts to smell the same after a while.

“It smells like magic marker without the far-out part,” he said with a laugh.