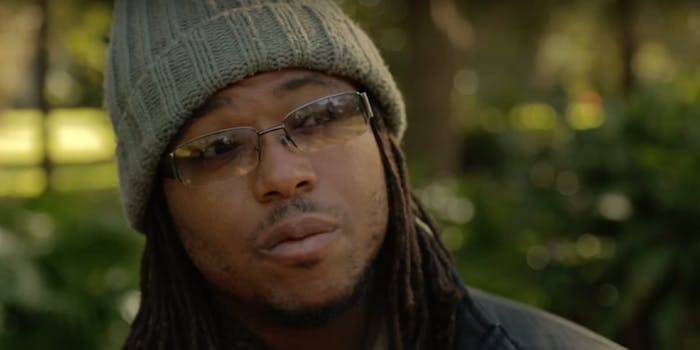 He was known for trying to tear down a Confederate flag.

A Black Lives Matter activist from South Carolina known for a viral video of him attempting to tear down a Confederate flag was shot and killed in New Orleans on Monday morning, Charleston City Paper reported Tuesday.

The activist, Muhiyidin d’Baha, better known as Moya, died from blood loss after being shot, according to a GoFundMe page set up by his niece, Camille Weaver. The coroner’s office confirmed d’Baha was found with multiple gunshot wounds, according to ABC affiliate WGNO. The Charleston City Paper reported that the New Orleans Police Department have not yet returned requests for a full police report.

“We don’t have many details, but will update as soon as we do,” Weaver wrote on the GoFundMe page. “His body is currently in New Orleans, LA and we are raising money to bring him home to Charleston and then have a memorial service/funeral for his family and friends. This is all so unexpected, so any contribution will help.”

D’Baha was best known for a viral video showing him jump into the air to snatch down a Confederate flag being waved during another activist’s speech at the College of Charleston. Police reports indicate d’Baha was charged with disorderly conduct and malicious injury to real property following the incident, the Charleston City Paper reported.

Friends and fellow activists mourned d’Baha’s death on social media. Thomas Dixon, head of the activist group the Coalition and 2019 North Charleston mayoral candidate in, wrote about d’Baha’s death in his Facebook group, according to the Charleston City Paper.

“For all who have stood on the battlefield of social justice activism in the Lowcountry and throughout our state, we’ve lost a great brother to senseless gun violence today,” Dixon wrote.

Brandon Fish, a friend of d’Baha, said in a Facebook post that the killing was “a random act of violence” and that d’Baha “lived to serve his community.”

On her GoFundMe page, Weaver said contributions will help the family bring d’Baha’s body from New Orleans to Charleston, South Carolina, as well as pay for funeral and memorial services.