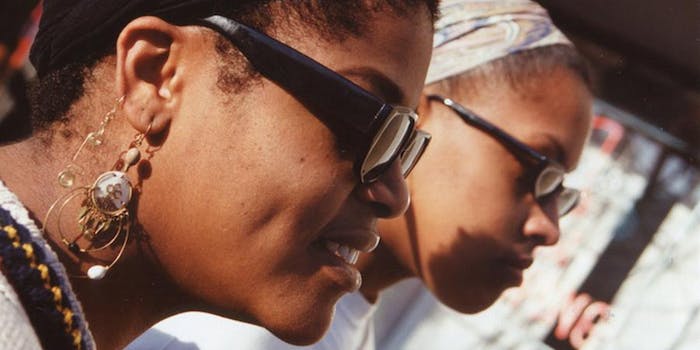 Rachel Dolezal thought a spray tan and a weave could make her 'black.' In tens of thousands of tweets, black women and girls show there's a whole lot more to it.

How does it feel to be a black girl? With the public fascination and media scrutiny around Rachel Dolezal, the white NAACP president who was pretending to be black, the question has more relevance than ever.

Starting in early June, black women and girls have taken to Twitter (and eventually, Instagram and Tumblr) to explain what it’s really like to grow up black and female in America, using the hashtag #HowItFeelsToBeABlackGirl.

According to Vocativ, the hashtag stemmed from a YouTube series created by Jada Mosely last fall. Mosely’s series delves into all aspects of black womanhood, such as physical appearance and beauty, pop culture, and politics. Often, she is joined by guests who address the topics at hand from a variety of perspectives.

Mosely told Vocativ she was especially disturbed by  the Rachel Dolezal scandal. “You cannot get a perm and a few bad spray tans and call yourself a black woman,” she said.

The hashtag inspired by Mosely’s web series—also called “How It Feels to be a Black Girl”—has exploded in popularity over the past couple of days, with tens of thousands of tweets joining the ongoing conversation.

Having to been seen and not heard otherwise you're ghetto, loud, ratchet, and obnoxious #HowItFeelsToBeABlackGirl

A frequent theme addressed in the tweets is the conflict between being seen as “too black” or “too white.” Countless women wrote that they are too often criticized for being well-spoken and having a wide range of cultural interests, and that they are seen as “white” when they step outside of traditionally “black” speech or behaviors.

#HowItFeelsToBeABlackGirl when you speak in proper English everyone seems to give you the title "white" a black cant speak correct English?

Many tweets also attacked double standards that exist regarding black women’s hair. Wearing extensions and weaves can be seen as traitorous or insecure, while wearing hair in a natural or traditionally African-inspired style (like dreadlocks or Bantu knots) can result in mocking criticism. Disney star Zendaya Coleman, for instance, became the poster child for black hair discrimination in February when E! host Giuliana Rancic said her dreadlocks probably “smell like patchouli oil or weed.”

#HowItFeelsToBeABlackGirl being told my Bantu knots are ghetto but @marcjacobs can call them twisted mini buns and BOOM fashion.

A discussion about black female beauty standards wouldn’t be complete without addressing skin color, of course. Many Twitter users bemoaned the discrimination that places black women in a sort of caste system of skin tones—a problem referred to as “colorism.”

#HowItFeelsToBeABlackGirl ignorant people saying.. "your actually pretty to be darkskin"

Maybe most disheartening were the tweets about the way black men view black women in terms of attractiveness, and how many black women feel rejected in favor of women of other racial backgrounds.

#HowItFeelsToBeABlackGirl seeing the black kings we were taught to love, hate on us, but praise white women with BLACK GIRL features..

#HowItFeelsToBeABlackGirl when our own black men put us below all races even though they were raised by black women. pic.twitter.com/swYeIORDX8

Though the majority of the #HowItFeelsToBeABlackGirl tweets explored negative and discriminatory experiences, there were also a number of celebratory tweets exclaiming why being a black girl is the greatest.

#HowItFeelsToBeABlackGirl…LOVELY! Don't have to tan to get darker. Hair can be worn kinky or straight and we're naturally curvy👌

In an era in which white celebs are frequently called out for appropriating blackness (we’re looking at you, Iggy Azalea), it’s vital that black female voices be included in the conversation. With Mosely’s web series and now a trending discussion on social media, those voices are impossible to ignore.