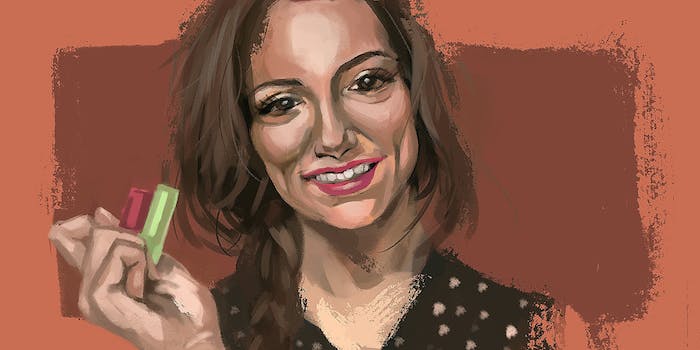 The improbable rise of Bethany Mota

From haul videos to 'Dancing with the Stars,' this YouTube vlogger has done it all.

Part of Bethany Mota’s appeal is that she’s every girl’s BFF: lively, available on demand, and brimming with more fashion advice than you’ll ever need.

Mota posted her first video on YouTube using the handle Mac Barbie in 2009. Since then, this bubbly young woman from Los Banos, California, has surpassed many of the video site’s records and become a star of a new digital-native generation.

First came Mota’s enthusiastic “haul videos,” where she showed off her shopping “hauls” of clothing, accessories, and beauty products. Mota would unpack her goodies from Target or Sephora, jabbering on her about favorite lip gloss colors purchased on a teen girl-relatable budget. Fans found it riveting: Enough people wanted to find out what Mota bought to wear in the summer of 2013 that her YouTube video garnered 2.6 million views. Another YouTube video, this time of her airport style, has racked up 5.6 million views.

And then came the blowback. Anonymous commenters called the teenager “fat,” “ugly,” and “stupid”—but, like any successful celebrity, Mota pivoted and made herself part of a cause. Now, in addition to her weekly lifestyle videos, which cover everything from makeup and hair tutorials to Halloween costumes and healthy recipes, she’s an anti-bullying activist with a legion of “Mota-vators.”

Making it look easy is a true Mota hallmark.

Much like Internet culture, the now-20-year-old Mota moves and evolves quickly, making sure that her fans always have something new and exciting to latch on to. She and pro partner Derek Hough came in fourth place on Dancing With the Stars in late 2014, winning praise for a sexy rumba about bullying (the show is good at awkward concept pairings). She appeared as a judge on Project Runway. She signed on to do a diffusion line with tween-friendly brand Aéropostale. She even released a single, “Need You Right Now.” While Mota’s rise from California schoolgirl to multihyphenate brand may seem effortless, she clearly has a head for business: “Need You Right Now” was released at the height of her Dancing With the Stars popularity.

Over time, Mota’s production has grown more and more slick. In her first video, she’s in her poorly lit bedroom, wearing a yellow tank top and littering her speech with “ums” and “likes.” Her more recent videos have movie set-quality lighting, professional-level hair and makeup, and kicky musical intros. All in all, nearly 10 million YouTube viewers subscribe to her videos.

Still, making it look easy is a true Mota hallmark—and that quality will keep her star rising even when a new platform challenges YouTube. She’s still filming haul videos for now, and even though Mota can totally afford Chanel makeup, there’s something reassuring about knowing she still wears the inexpensive stuff.