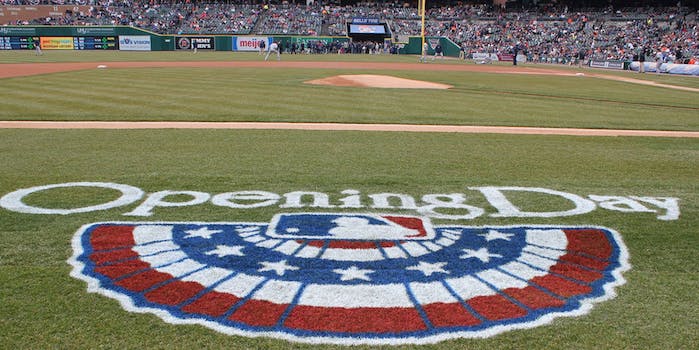 Welcome back, baseball. We missed you.

Welcome back, baseball. We missed you.

As teams embark upon their rigorous 162-game schedules on Monday, fans of the game know that it can be a full-time job trying to keep up with the latest news. To help you take it all in, we put together a list of 10 Twitter accounts to follow to give you a solid overview of what’s going on in the game.

No points for obscurity here, but MLB does an excellent job with its Twitter account. It shares custom graphics, recaps statistical highlights, and retweets teams and players when they share something interesting. As a bonus, follow @MLBStatoftheDay for more juicy tidbits.

ESPN’s Buster Olney covers every single team, and he does it well. He’ll deliver inside information on a daily basis.

Best way to describe situation with Clayton Kershaw: Uncertain. Has the same type of injury as Jurickson Profar. Return date is unknown.

Baseball has been tallying the same statistical categories for more than a century, but in recent decades, a nerdy subsection of baseball fans has come up with more complex and insightful metrics to track players’ impact on the game. FanGraphs is the place to go to nerd out on baseball.

Of course you’re following your favorite team, but you might want to check out the Mets’ and Dodgers’ accounts too. These are two of the three professional sports teams selected as finalists for social media’s best sports team, according to the Shorty Awards.

Great start! Today we look to improve on our MLB record .654 #OpeningDay winning %. We are 34-18. #MetsOpeningDay

USA Today’s Bob Nightengale is another reporter that does a great job with across-the-board coverage of the league.

This one is for the fantasy baseball players. Rotoworld isn’t going to give you slick-looking tweets or witty analysis, but it will provide straight headlines that will help you manage your fantasy roster.

Closing the Book on a Bullpen Myth http://t.co/Tgq5EEro5B (aka: teams starting to realize that almost any good pitcher can be a good closer)

Despite its name, this account does not limit itself to just trade rumors. Follow it for up-to-the-minute roster moves.

Happy New Year to all…

You won’t get news or analysis from Old Hoss, but it is probably the best baseball parody account. If you’re not a baseball history ace, give Charles Gardner Radbourn’s Wikipedia page a quick read so you’ll get these jokes.

“This is literally a pitcher’s duel!” the announcer unwisely intoned, as the man on the mound gasped in terror.