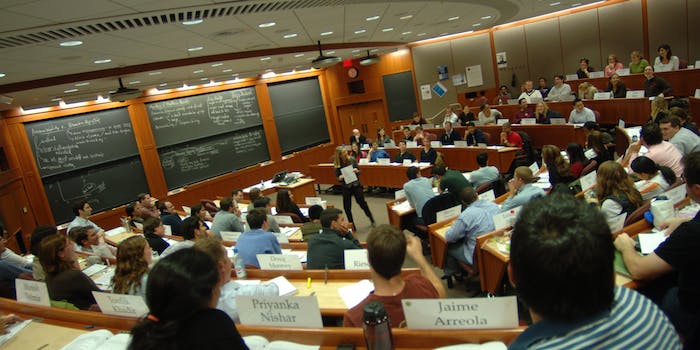 What not to do when teaching a class about fanfiction

Fanfic may be publicly available online, but that doesn't mean the authors are inviting public criticism.

Last night, I found out that one of my fanfics made it onto the required reading list for a class at the University of California, Berkeley. Weird news, but kind of flattering at the same time. However, some of the other authors on that reading list were angry—and for good reason.

Part of the class assignment was to leave a critical review on each of the listed fanfics. Instead of teaching the students anything about fanfic culture or etiquette, this just resulted in the authors receiving a bunch of unpleasant, uninformed public comments on their writing, with no apparent explanation. It’s something akin to heckling at a local poetry club.

For those who don't follow what the problem is here: In fandom there is a culture of leaving primarily supportive comments.

Many writers are not interested in criticism from readers. ALL are writing in a relatively "private" space, for a target audience, for free.

Leaving harsh comments is the same as showing up on a stranger's "public" Facebook page and criticizing their appearance in family photos.

No responsible teacher tells their students to tweet at Neil Gaiman and tell him what’s wrong with his latest novel. So why aim this kind of unsolicited criticism at a group of people who are just writing for their friends on the Internet? The whole thing felt reminiscent of incidents like when journalist Caitlin Moran pressured the Sherlock actors to read out a homoerotic fanfic in front of a live audience. It was awkward, unwanted interest from outsiders, benefiting no one. Plus, a critique based on traditionally published literature may not even be relevant to fanfic, which emerges from a different creative tradition and is aimed at a specific audience.

As it turned out, this class wasn’t the work of some inconsiderate and judgmental professor, hell-bent on humiliating innocent fanfic writers. It was actually run by a couple of undergrads with a personal interest in fanfic, and while the syllabus was tone-deaf and failed to request consent from the writers, it certainly wasn’t the worst crime ever committed by a clueless 20-something.

Unfortunately, the damage was already done. Disgruntled readers rebelled against the idea of outsiders blundering into their community, and a Tumblr post detailing the situation racked up 8,000 notes overnight. Then someone suggested emailing the supervisor who supposedly signed off on the class, and one of the student teachers wound up apologizing and deleting her personal fanfic account because of the backlash. She’d been drummed out of the very community she wanted to share with her students. Hardly an ideal outcome for anyone involved, and hopefully not one that will be repeated in future.

As is often the case in this kind of conflict, the basic problem was a misunderstanding of the difference—and overlap—between private and public Internet spheres. While most fanfic is published on easily accessible platforms, it’s often posted with the tacit understanding that it will only be read by its target audience—and for the most part, it is. Fanfic authors are definitely not expecting their writing to be scrutinized by people who aren’t familiar with the source material or with fandom in general. So unless you’re discussing a story that has achieved recognition outside the sphere of fanfic culture, it’s probably best to err on the side of caution and ask for permission first.