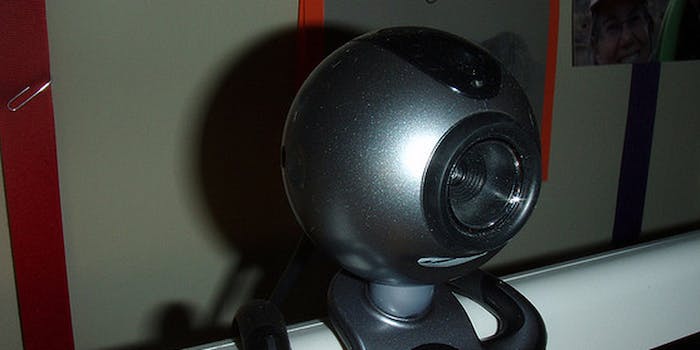 Can getting naked on webcam make the world a better place?

Pleasure yourself with a little less guilt.

To this end, Benevidz makes a startling proposal: Why not redirect some of that thunderous cashflow toward worthy causes? Might it be possible to leverage insatiable human lust for altruistic good?

According to a RocketHub page set up to crowdund $15,000 for developing and promoting the idea, the Benevidz mission springs from founder Michael Wondercub’s own painful past—losing his father to cancer and then suffering under the yoke of an abusive stepfather, he’s since sought to advance medical research and combat domestic violence.

Other charity organizations on board with the concept include those dedicated to the prevention of human trafficking and animal suffering. Wondercub’s aim is to raise $1 million apiece for these and other causes.

Whether you’d rather perform or just observe and donate, the site would present a unique opportunity to indulge in some 21st-century narcissism without that nagging sense of guilt:

Beneviderz (site members) who have undergone age verification and administrative approval can broadcast their own webcam feeds. Beneviderz (adults over age 18) can purchase and deposit helping “Handz” into their Benevidz account. “Handz” can then be donated to other Beneviderz who are broadcasting webcam feeds. Broadcasting Beneviderz who receive donated “Handz” select a charity of their choice, Benevidz will match 50% of model’s earnings and donate to selected cause.

Our web-based platform presents a functional, fun, and intriguing way to give back. By providing millions of viewers a safe, high-class, user-friendly option for online erotica, we hope to reach our goal of becoming one of the largest charitable contributors in the world. Bringing together viewers, industry professionals, and the “everyday” girl or guy “next door,” is a model we believe will start a movement that can better the world.

The site itself is already stacked with a few performers from all around the world, both male and female, and even one couple. So far there aren’t any transsexual or older-than-50 broadcasters, though that could change in a heartbeat. The gender split is about even right now, though the men have a slight edge—except most of the “women” seem to be webmaster tests, whereas some of the male handles (“BIGD,” for one) suggest guys are really signing up.

So where do you stand? Will you whip out your wallet and drop your pants to make the world a better place? Because this may be your first, best chance. Don’t let us (or your genitals) down.