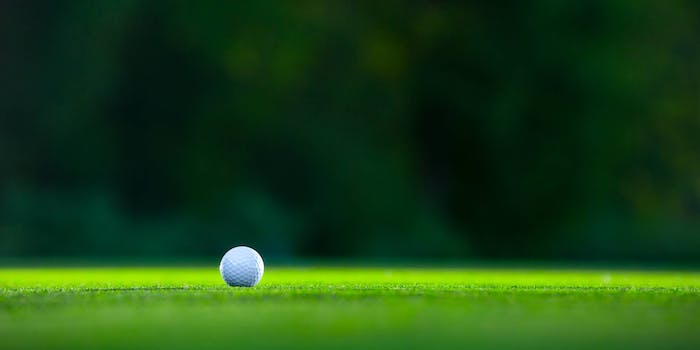 People often forget that free speech does not mean you’re free of rebuttal. You can say whatever you want, and everyone else has the right to point out if you’re factually wrong, or being an asshole. For instance, in Edinburgh, Scotland, the dues-paying members of an all-male private golf club had every right to vote not to allow women to become members (though they can still play). But the women of Edinburgh also had the right to call them out on their sexism by banning them from a park bench.

A bench in West Princes Street Gardens now has a plaque that reads that the men of the Muirfield Golf Club are banned from sitting there by the “female population of Edinburgh.” Muirfield voted earlier this summer on whether to change its constitution to allow women, and 64 percent voted not to.

Of course, not being allowed to sit on a bench is hardly the same as not being allowed into a club, and we’re sure plenty of male jerks will take selfies on that bench anyway. According to the Telegraph, Muirfield members who voted against allowing women said it was because women played too slow and would ruin lunch.